The Rams said they “had no choice but to make the tough decision”, which leaves them facing a 12-point deduction. 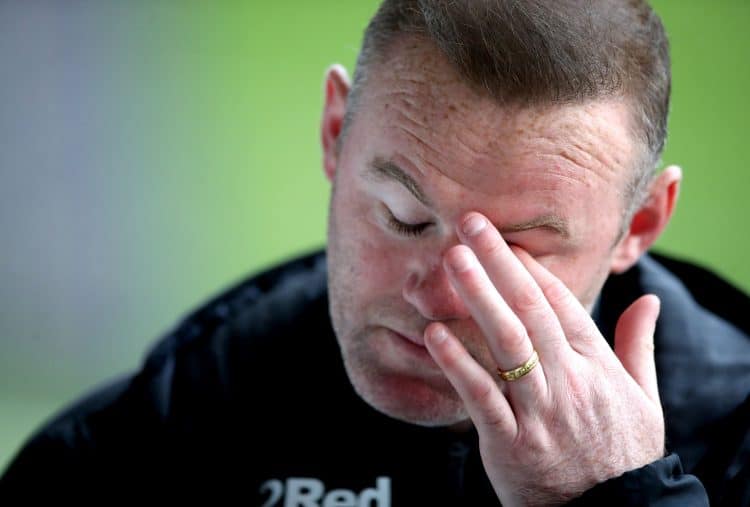 Damian Collins has led calls for an independent financial regulator to be set up after Derby County announced they havefiled notice to appoint administrators.

The MP for Folkestone and Hythe said it is “sad” to see the club in trouble but it is “another example of the weak and unsustainable financial position that many clubs face.

“Until we have an independent financial regulator for clubs with the power to enforce the league rules in real-time we will see more failures.”

The Rams said they “had no choice but to make the tough decision” due to “a number of developments”, including a failure to identify new owners and the continuing impact of Covid-19 on revenue streams.

Derby, who remain under a transfer embargo, are already facing a separate and additional points penalty for breaking the EFL’s financial rules.

On Friday the EFL confirmed the imminent sanction, saying in a statement: “The EFL can tonight confirm that the club will be subject to an insolvency event under the terms of the EFL’s regulations.

“As a result, the club faces a 12-point deduction. Once the EFL has received formal notification of the application, the deduction will be applied.”

Derby could conceivably appeal against the 12-point sanction, as the EFL’s regulations allow for appeals in cases of ‘Force Majeure’.

Derby said in a statement: “Last week, it became clear that the process which has been under way to identify a purchaser for the club likely would not be productive over the near term, despite the number of negotiations with credible parties.

“Because the Covid-19 pandemic has had a severe impact on the revenues and profits of all of its businesses, the club has been unable to service its day-to-day financial obligations. The directors had no choice but to make the tough decision to take this action and protect the club.”

The statement continued: “The irony is that the club’s financial forecasts show the emergence of a financially sustainable picture. Absent the Covid-19 pandemic, we undoubtedly would have been able to trade through.

“However, the impact of the Covid-19 pandemic and the unpredictability it has created represents too much of a strain.

“As the Covid-19 pandemic and lock down tightened their grip, the club’s revenues and cash flow took a circa £20million hit.

“We appeal to the EFL to now assist the club and the administrators in any way they can in the effort to find a purchaser.

“We cannot stress enough how devastating it is to be forced into this position. We all – the owner, the members of the board, and our staff – are true Derby County supporters.

“We will continue our work under the stewardship of the administrators to help facilitate their process and their effort to find a purchaser.

“Once administrators have been appointed in the coming days it will be customary for them to communicate with staff and supporters about timescales and processes to seek a purchaser and address creditor concerns.”

EFL regulations state a prospective appeal against a mandatory 12-point penalty will only be heard under circumstances of ‘Force Majeure’.

The regulations state: “It is intended that this appeals process should be limited to circumstances which are deemed unforeseeable and unavoidable.”

Derby went on to claim their current financial plight was in part due to the EFL’s refusal to sanction the club’s drawing £8.3million of financial assistance in respect of settling PAYE liabilities, in line with other clubs.

However, the EFL denied the club’s claim, responding: “The league is disappointed with the comments made by the club in respect of Covid lending facilities.

“The EFL entered into a debt raise to provide its lucbs with access to funds that would support them in dealing with the impact of Covid and, as with any loan, this was subject to a time-frame and eligibility criteria which Derby County was unable to meet.”

Derby escaped relegation from the Championship on the final day of last season after drawing 3-3 at Pride Park against Sheffield Wednesday.

The club then avoided a points deduction, which would have sent them down, when the EFL decided not to appeal against a decision to only fine the club for failing to comply with finance rules.

Fair Game, the club-led campaigning group calling for fundamental changes in the governance of the sport, said Derby’s plight illustrated the need for action.

Chief executive Niall Couper said: “The heartache felt by Derby fans must be immense right now. It should never have come to this. Football fans deserve so much better. Football needs to change and it needs to change now.

“We need proper scrutiny. We need proper regulation. We need to protect the history and traditions of our clubs, not gamble with their very existence.”