Sir Roger Gale said one firm has had to trash £320,000 worth of produce "because there are no pickers and no drivers". 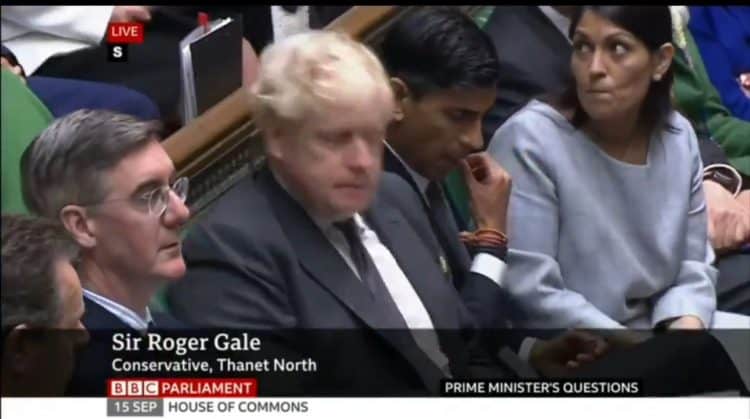 The North Thanet MP said a lack of pickers and drivers has led to Birchington-based Thanet Earth ‘trashing’ £320,000 worth of produce in just three weeks.

Speaking at Prime Minister’s Questions, Sir Roger said: “On this Back British Farming Day we are at harvest time but all is not safely gathered in.

“In three weeks Thanet Earth, one of the largest glasshouse companies in the country, has had to trash £320,000 worth of produce because there are no pickers and no drivers, because of a lack of labour force. The crops are rotting in our fields and on our trees.”

Sir Roger asked for a covid recovery visa to be introduced immediately so this year’s crops are not lost. He also took a swipe at relaxed planning regulations saying: “We are not going to blaze a trail building on our finest agricultural land. That has got to stop, now.”

But it was the reaction of the Tory front bench that really took social media by storm.

“Comprehensively rumbled,” one person wrote, while others wrote that Gale will be called to the headmaster’s office after that one: