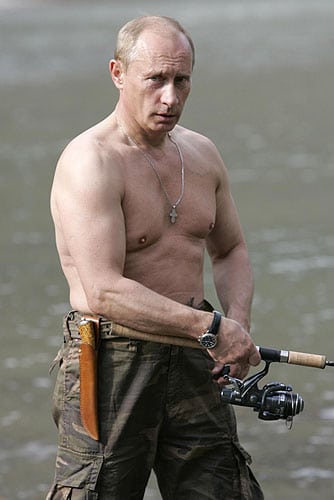 In a desperate search for some kinky topless action, the only huge stock they can find is of their own President.

Frustrated Dmitri Kusalev, 17, said: “I’m not even gay, but it is the only picture of a naked torso I can find on the Russian internet.

“There are loads of them, it’s like Friends, ‘the one where he is fishing,’ ‘the one with him on a horse, ’ and my personal fav “’the one with sniper rifle,’ who are you spying on through that? Cheeky.

“To be honest in one picture where he is striding through a wood, top off as per, it could have come straight out of Attitude magazine.

“We all know Putin’s thoughts on gay people, I wonder how angry he is we have now been forced to get our rocks off to his pics. Nobody wanted this to happen, most of all him.”

Half of Tory voters want energy to be nationalised