Stonehenge is more British than fish and chips, Cornish pasties and queuing in military fashion. However, science has (once again) proved otherwise. Researchers have found that DNA tests carried out on the workers who built the structure were in fact from Turkey (or what is now Turkey). So the builders were immigrants, and Twitter had […] 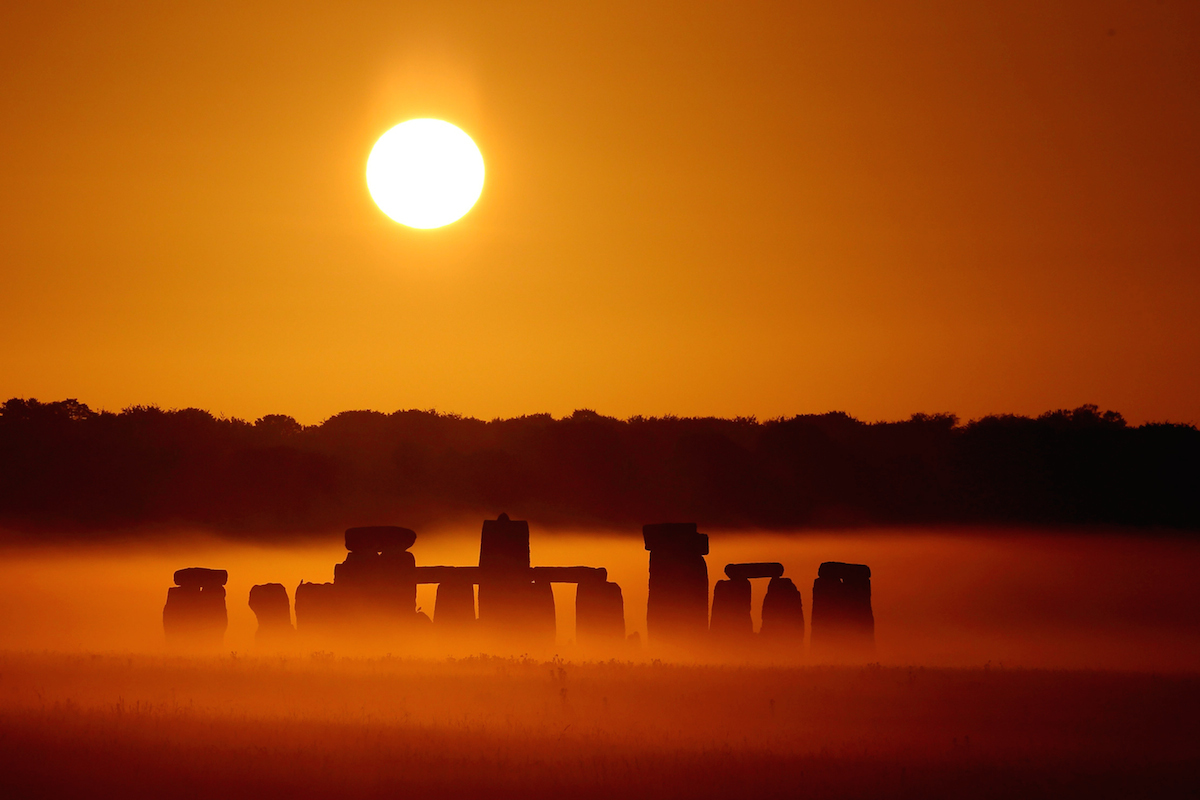 SWNS Pictures of the Year 2015 - One hundred of the most compelling images on the SWNS wire this year as chosen by our picture editors.The sun rises over Salisbury Plain as it's light illuminates the mist shrouding Stonehenge, Wiltshire, July 7 2015. Amateur photographer Robin Morrison made half a dozen visits to the ancient megalith, travelling over a hundred miles each time, to capture the precise lighting conditions he wanted. The normal weather patterns in the UK mean that a clear sky just a few minutes after sunrise is uncommon - a clear sky at sunrise combined with a misty morning is an extremely rare occurrence.

Stonehenge is more British than fish and chips, Cornish pasties and queuing in military fashion. However, science has (once again) proved otherwise.

Researchers have found that DNA tests carried out on the workers who built the structure were in fact from Turkey (or what is now Turkey).

So the builders were immigrants, and Twitter had some comments on the matter…

DNA shows migrants who arrived in Britain around 6,000 years ago constructed the world’s most famous prehistoric monument https://t.co/f1gMCDaWSw

And here came the Tweets, have a read, they are brilliant.

Absolutely buzzed to find out that Stonehenge was built by Turks, for Turks. Look forward to reclaiming Somerset’s largest mangal pit with my Turkish brethren and enjoying some tasty dolmades and lamb sis. Everyone welcome except Greeks https://t.co/7Wm5g2IKuu

Of course Stonehenge was built by immigrants to Britain, otherwise today it’d still just be a cordoned off area with a few stone traffic cones and a carved in slate promise that work would be finished by next century.

Kippers & ethnonationalists will hate the discovery that Stonehenge was basically built by immigrants from Turkeyhttps://t.co/s3wPMhTCnQ

Typical. Immigrants may have built Stonehenge, but it just proves they knew nothing about England, or they wouldn’t have put it so close to the A303, where the traffic is always terrible.

Waiting for Nigel Farage to shit a brick or 12. https://t.co/zwApSl9xB9

Bloody foreigners coming over here with their iconic neolithic monuments and fancy “farm” food. Give me mud huts and foraging any day. https://t.co/LYZLEDgXXF#stonehenge

Bloody EU, coming over here thousands of years before we existed and taking jobs from hardworking British hengebuilders pic.twitter.com/sUtRc756qk

Proof that I was right to warn of the dangers of Turkish immigrants coming over here and taking our jobs. They’ve got form.https://t.co/kRjYHzfO3O