RelatedPosts Monster Crash – Brexit Halloween with the Ghost Tories HBO pens Brexit ending after growing impatient with proceedings Perfect Brexit deal finally revealed Video – Boris fought the law…but the law won A leaked document, seen by the BBC, has discovered that Theresa May is actually a fussy and controlling chair of the Caterton […] 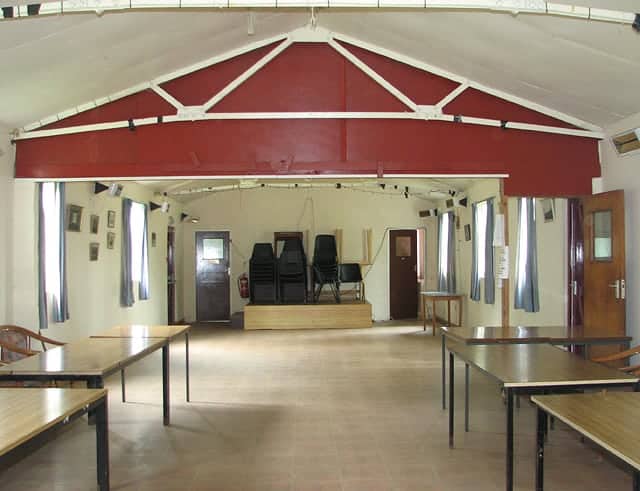 A leaked document, seen by the BBC, has discovered that Theresa May is actually a fussy and controlling chair of the Caterton village hall committee in Oxfordshire.

May has been criticised for her tendency of “drawing in decisions and details to settle the matter herself.” Her micro management of literally every decision has caused a huge bottleneck, while the big job of fixing the church roof has been totally forgotten about.

She is still deciding the exact quantities of Orange squash and Lemon barely needed for the next committee meeting, “she has had three meetings about this already, it’s madness,” a village hall insider tell us.

The whistleblower continued: “You can’t blame her for wanting to make every little decision herself, have you seen the committee members? Fruitcakes and loonies, saying that she did appoint them all.’

“We now have this massive problem, as we have pulled out of the county wide car boot sale, as some of the parish didn’t like the to spend the petrol to drive the extra eleven miles to the site. Now we are going to have our own car boot sale on the same day, but I doubt anyone will come.

“This kind of micro-management barely works in a parish setting, imagine if she tried that as PM?! It would be a total disaster.”