A teenager has a landed a deal making him more money than most people can ever dream of making, and he still hasn’t taken his GCSEs. The wheeler-dealer, who attends Taunton Academy School, had already made £100k, by the age of thirteen, selling tax disc reminders as the head of one of the UK’s fastest […]

by Joe Mellor
in Children and Family, Lifestyle 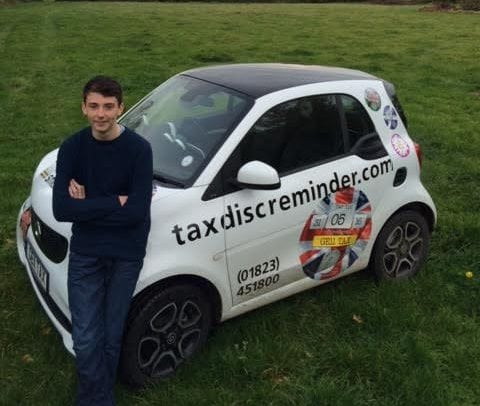 A teenager has a landed a deal making him more money than most people can ever dream of making, and he still hasn’t taken his GCSEs.

The wheeler-dealer, who attends Taunton Academy School, had already made £100k, by the age of thirteen, selling tax disc reminders as the head of one of the UK’s fastest growing businesses. Harvey Millington, now 14, has moved into the world of property developing landing himself a HUGE deal already, landing a seven-figure deal.

Harvey says: “I used some of the money, £40,000 I made through my tax disc venture, to buy three acres of land in Staplegrove, Taunton, six weeks ago. I was planning on creating a “Glamping” site for campers who want an upmarket experience.”

The family were visiting Glamping trade fairs and planning the new business venture, when they were contacted by developer.

Harvey says: “We got a knock on the door from a housing development company representative who said they had already bought the surrounding land for a new housing estate. The neighbouring farmers were more than happy to sell up and they now needed our land so they could start building.

“I wasn’t sure how much they were going to offer for the land, but they came up with £2 million pounds. It was too good an offer to turn down. It is a massive amount of money especially someone at my age.”

In the future Harvey does not want to be a property tycoon like the new US president, Donald Trump, but wants to be a policeman and has already joined the police cadets. Harvey says: “I want to be a policeman and help make the country a safe place to live. I can’t wait to join.”

He is now worth a cool £2,100,000 so he doesn’t have to rush into anything, and he still has to do his homework after school.

Dad Howard, 46, won’t let the money go to his head, he says: “If he started getting too big for his boots I would make sure he winds his neck in, but to be honest that won’t happen, he is a grounded lad and is just a great businessman.

“The kids at school love him and he doesn’t get any unwanted attention, it does help he is the biggest in his class by about a foot!”

“I do drive him hard. I don’t give him nothing for free. You have to work to get on in life. That’s my philosophy and he has to follow it.”