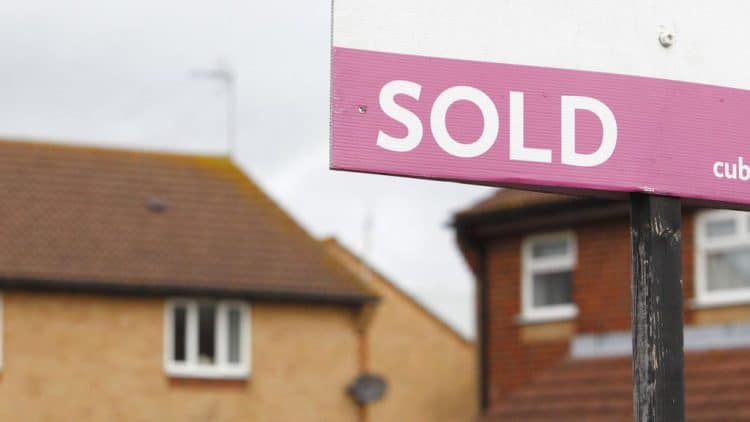 House prices have nearly tripled in the past twenty years, despite the average salary not yet doubling.

The company’s research shows those whobought their home before the financial crash saw a dip in its value between 2008 and 2012, but these losses have been offset by strong price growth since 2013.

? | NEW: House prices have nearly tripled in the past twenty years – the average salary on the other hand hasn’t yet doubled

House prices have risen the most in Kensington and Chelsea in west London, where the average house price is about £1.2 million.

Properties in the royal borough are worth £739,800 more on average than they were two decades ago.

A pandemic-induced “race for space” led to huge demand for country houses and buyers rushed to meet the stamp-duty holiday deadline in June.

This pushed up prices in the countryside, where property values increased by 3.7 per cent in the three months to June — the biggest quarterly rise in 15 years, Knight Frank, the estate agent, reported.

Nearly a third of home movers surveyed said they were more likely to move to the countryside as a result of the latest lockdown.

Chris Druce, senior research analyst at Knight Frank, said: “While market appraisals for sale have been back above the five-year average in recent months this hasn’t yet converted into enough new listings to meet strong demand for space and greenery post-pandemic. This has put upwards pressure on prices.”

Its latest report shows that homeowners are unwilling to put their property on the market because they cannot see anything on sale that they would like to buy, making the housing shortage worse.

The figures show there were 11.4 buyers for each new property that came on the market last month compared with 7.5 in June 2019.