Mr Johnson has since returned to work as a journalist including writing columns for the Financial Times, where he was said to have earned around £1,000 for two hours work. 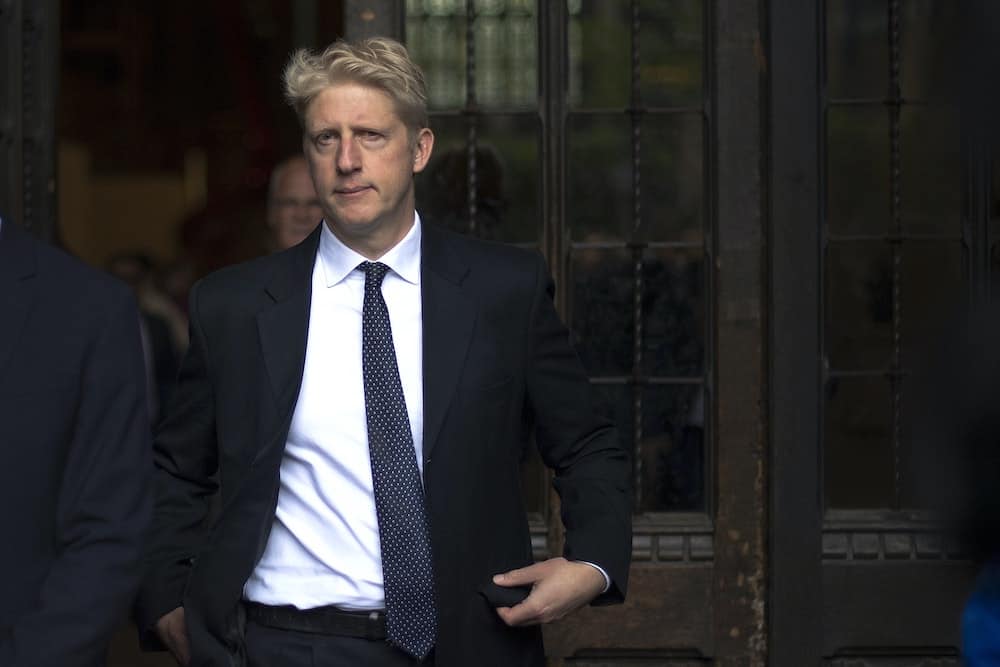 Boris Johnson’s brother is locked in a planning row with a neighbour who is trying to build a roof terrace overlooking his £3 million five bedroom property.

Jo Johnson, who was a Tory cabinet minister until quitting as an MP last September over Brexit, claims the proposed extension and redevelopment will ‘invade’ his privacy.

An application has been made by a property developer to Camden Council to convert the disused and derelict office in Mornington Crescent in upmarket Primrose Hill, north London, into a new studio flat with a roof terrace above.

But the PM’s younger brother has urged planning bosses to block the proposal, claiming the terrace would allow people to look into the top floors of his home, which is spread over four storeys.

He has even hired his own chartered planning consultants to oppose the scheme.

The former universities minister, who quit his role in his sibling’s Government when the PM purged 21 of his own MPs for trying to block a no-deal Brexit, is planning his own building work in retaliation to the application.

According to planning documents lodged with the local authority, Jo Johnson intends to build a “privacy wall” in response, to obstruct his neighbour’s view into his property, which has four bathrooms and three reception rooms.

However, in an objection letter to the council, his representatives said this wall would still not stop people being able to overlook the former MP’s back windows from a proposed “platform”.

It read: ”The proposed first-floor roof terrace will create an unacceptable degree of overlooking towards upper floor habitable windows in my client’s property.

“The applicant proposes to erect a privacy wall. This will reduce some overlooking.
However, occupants using the terrace can still look back over the wall and towards my client’s windows, particularly as the proposed wall incorporates a raised planter. This could be used as a platform.”

The objection letter also says a proposed courtyard garden would need to be blocked in with a nearly 6ft fence for privacy, but adds that as this would only be 6ft 5in from Mr Johnson’s windows, it could shut light out from the property.

The letter states: “The proposed development seeks to create a self-contained flat. However, the site is too small to provide any form of self-contained living accommodation.

“The impact would be exacerbated by a proposed courtyard garden. To provide adequate privacy it would be necessary to erect a 1.8m high fence around the courtyard.

“The fence would be about 2m way from the face of the window. This raises concerns about loss of outlook and light.”

Another resident said in an objection letter that she feared the new maisonette could be used for temporary AirBnB rentals or short-term holiday lets that would cause disruption in the plush area.

She said: “If my concerns that the flat is to be used for short term holiday lets is realised this could cause ongoing repeated disruption to the permanent residents.

“There is outside space in the development, to have two outside spaces in such a tiny flat seems odd especially given the negative impact on the street.”

The planning application, registered by Camden Council on June 26, proposes to build one studio flat, a single storey ground floor rear extension and a first floor roof terrace, as well as raising the front and rear walls.

The development would also see the construction of metal railings, two bike parking spaces in the front garden, a timber gate to the side and a new opening and door on the first floor side.

The owner of the site said the work would be “a welcome addition to this run-down part of Mornington Crescent” and claimed it “would not be overlooked nor overlook any neighbours”.

Along with the roof terrace, the owner also wants to convert the next door building from nine one-bed and studio flats into four one bedroom flats.

Camden Council planning officers are due to make a decision on the terrace application next month.

Remainer Mr Johnson stood down as the MP for Orpington in south east London over his brother’s Brexit tactics, saying at the time he was “torn between family loyalty and the national interest”.

He had only returned to the Conservative front benches two months earlier, after quitting Theresa May’s government over her proposed Brexit deal in 2018.

Mr Johnson has since returned to work as a journalist including writing columns for the Financial Times, where he was said to have earned around £1,000 for two hours work.