Prime Minister Boris Johnson launched the scheme on Tuesday as part of efforts to get more people cycling. 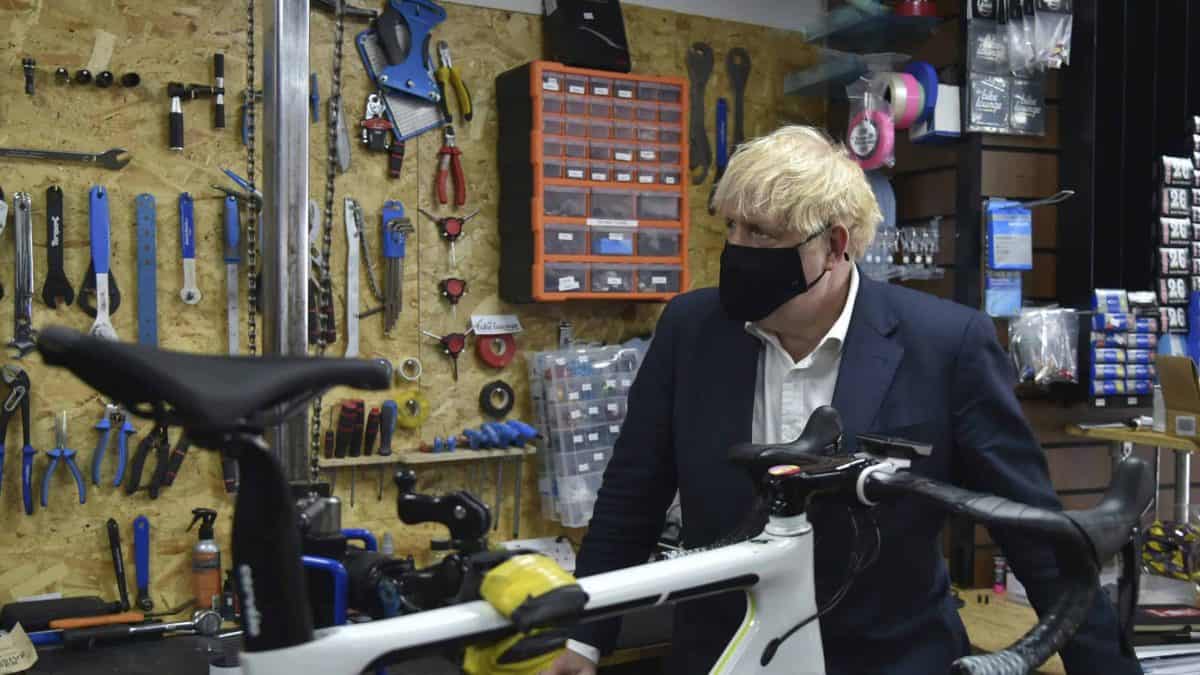 Boris Johnson’s ambitious plan to get Britons cycling has got off to a rocky start, with the website offering bicycle repair vouchers crashing at launch.

As part of the Prime Minister’s £2 billion scheme to boost active travel, the Government has made some 50,000 Fix Your Bike vouchers worth up to £50 available to be used for standard servicing and replacing components.

The website, fixyourbikevoucherscheme.est.org.uk, was due to go live at 11.45pm on Tuesday night.

However, initial efforts to access the site returned only an “Error 404” message.

Then those wanting a voucher were told: “Due to extreme volumes of traffic this resource has been temporarily paused whilst we take action to improve performance for users. Please try again later today.”

Cyclists took to social media to express their disappointment and the volume of complaints was such that the hashtag #FixYourBikeVoucherScheme became the number one trend on Twitter in the UK within 90 minutes of the site’s scheduled launch.

The vouchers were initially due to be available in June, but the Department for Transport (DfT) said last month that they would only be released once maintenance shops could handle the expected spike in demand.

Other measures include strengthening the Highway Code, improving legal protections, increasing lorry safety standards and working with the police and retailers to tackle bike thefts.

On a visit to Nottingham, Mr Johnson said: “You always could spend more and this is the most ambitious package ever – it’s £2 billion.

Cycling and walking have a huge role in tackling some of the health and environmental challenges that we face.

Our £2bn cycling strategy will encourage more cycling with thousands of miles of new bike lanes, and training for those who want to learn. pic.twitter.com/PwYtqXpdd1

“Things have been improving but there’s still a long way to go.”

The £2 billion investment was announced in February.

Shadow cycling minister Kerry McCarthy said: “Tory ministers have dragged their feet and failed to seize the opportunity this crisis has posed.

“Although funding is welcome, cyclists will be rightly concerned about how long it is going to take to actually put these plans into practice.”

DfT figures show there has been a surge in cycling following the coronavirus outbreak.

Compared with the equivalent day in the first week of March, cycling usage nearly doubled over the weekend of July 18/19.

Monday July 20 – the most recent weekday for which data is available – showed cycling at 146% of pre-lockdown levels.