Jita Lukka, 57, spent £700,000 on a plot of land on Hampstead Heath that she turned into an eco-friendly oasis, complete with a waterfront chalet home she built from recycled materials. 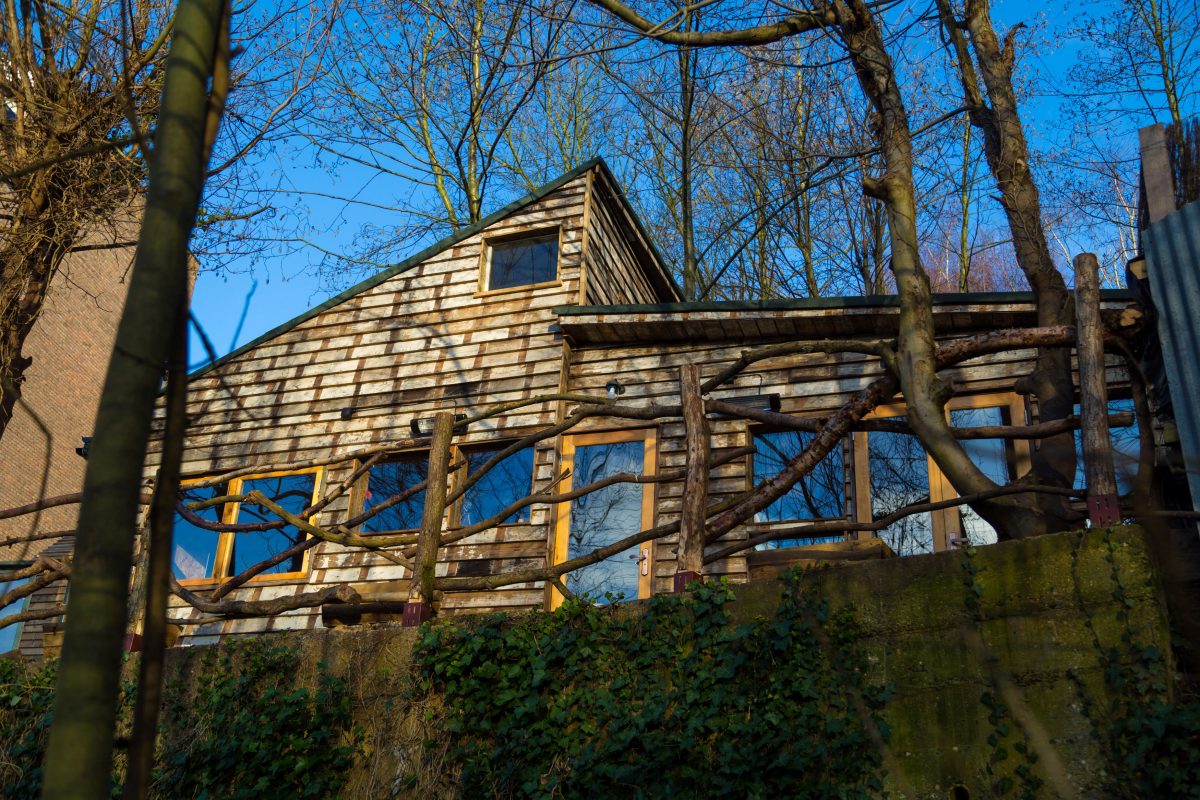 Luck has run out for an artist who built luxury waterfront chalet in one of Britain’s most expensive areas, after she was told to tear down her million-pound home because she didn’t get planning permission.

Jita Lukka, 57, spent £700,000 on a plot of land on Hampstead Heath that she turned into an eco-friendly oasis, complete with a waterfront chalet home she built from recycled materials.

But after authorities discovered the shack in 2017, which she did not have planning permission for, they ordered her to tear it down.

Jita was handed a notice that claiming Bren Cottage – named after Jita’s pet dog – had been built illegally, following complaints from neighbours in the exclusive north London enclave.

Bren Cottage is in a hollow of houses once home to novelist and writer D.H. Lawrence and newspaper founder and magnate Lord Northcliffe, and more recently former Oasis frontman Liam Gallagher.

It is thought the shack cost around £200,000 to build – and could now be worth upwards of a million pounds, with views stretching all the way across London.

Now, following a failed appeal, Jita will have to dismantle her idyllic eco-home after an inspector ruled that she could not prove that her chalet was a like-for-like replacement for a structure built by a squatter on the plot years earlier.

The case hinged on whether Robbie Litvai, who had been squatting on the land overlooking the Vale of Health pond for more than a decade, had built a home that Jita had improved – or whether she built the shack from scratch.

Jita disputed the council’s claims that it was a new building, arguing that she had merely improved a handmade dwelling that had been in place for many years – and therefore had a legal right to remain.

However investigators found that Jita had, “on the balance of probability”, failed to prove there had been a dwelling on the land that was “substantially complete by December 2013”, dismissing her appeal.

Jita now must demolish the building, or apply to the courts for a judicial review of the inspector’s decision, despite an intervention from neighbour Joan Burstein CBE – the founder of high-end London boutique Browns and so-called “fairy godmother of fashion”.

She wrote: “I am writing in support of Jita Lukka’s appeal against the enforcement order that has been issued against her and I wish to confirm that Rob’s house was a substantial structure that he lived in for many years.

“My property overlooks Bren Cottage and I am very aware of what went on over the years that Rob lived there!”

However another neighbour who has lived in the area for 34 years, Elizabeth Coll, opposed Jita’s appeal.

She said: “I have seen photos of the house which has been built by [Jita] and can confirm that it bears no resemblance whatsoever to anything that was on the site before.

“I once tried to take photos when the door was open for a short period, but workmen appeared and told me it was not allowed.

“They seemed rather aggressive. I was very concerned about what was going on.”

Neighbours, as well as Camden Council, the City of London and civic groups the Health and Hampstead Society and the Vale of Health Society offered evidence against Jita.

Heath and Hampstead Society chairman Marc Hutchinson said: “The Society and the Vale of Health Society fought alongside Camden and the City of London to get this ugly new house, illegally built on metropolitan open land, demolished.

“We are delighted with the inspector’s clear decision.

“The Societies were able to provide direct evidence as to what was, and was not, on the site before the new house was built in 2017, and this evidence was crucial to the outcome of Ms Lukka’s unsuccessful appeal.”