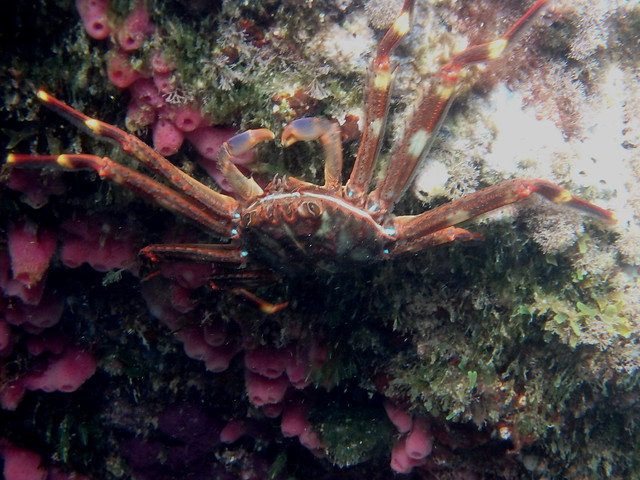 Yachts and leisure boats cruising the Med are helping to spread alien species around the sea, putting the ecosystem at risk, a new study claims.

Alien species thrive in artificial habitats like marinas making boating travel the “perfect storm” for quick distribution, according to researchers.

So-called ‘boat fouling’ happens when organisms grow on difficult-to-clean areas including ladders and propellers which foreign species’ then use to hitch a ride.

Sea creatures including molluscs, invertebrates and crustaceans could be displacing native species and damaging ecosystems by altering food chains across the Med.

Many boats only had small clumps of visible biofouling but these could be hosting as many as 11 alien species, according to marine experts at Italy’s University of Pavia.

Boats visiting Eastern Mediterranean marinas were especially at risk of spreading alien species because they sail close to Suez Canal, where most alien species enter the sea.

It is the first study to combine boat and marina samples in the Med with crew surveys to better understand how boats spread foreign organisms.

“The eastern Mediterranean is becoming more and more like the Red Sea each year due to an influx of Indo-Pacific species possibly from the recent widening of the Suez Canal.

“Some fish species in particular have become problematic since they are poisonous and venomous.”

The Mediterranean is a marine biodiversity hotspot home to highest number of foreign and native species on the planet.

Boat fouling spikes in summer when invertebrate spawning and yacht use both surge.

They asked the crews to record where they had sailed and how long had elapsed since their boat’s were last cleaned.

Scuba divers and snorkelers collected samples of macroinvertebrates attached to the boats’ hulls including annelids, molluscs, tunicates, crustaceans and bryozoans.

Biofouling is not currently regulated in the Mediterranean, which the researchers say needs to change.

Dr Ulman said: “We found a lot more alien species than imagined, with just 27 in just one marina. There was lots of evidence to suggest biofouling is a major vector for the spread of marine alien species, especially in the Mediterranean.

She added: “To inhibit further spreading, marine pontoons should be cleaned regularly, and incoming vessels to marinas should be screened to determine if they require professional cleaning.”

Even after boats have been professionally cleaned, the researchers found that alien species rapidly colonise the vessels.

Researchers warned there could be many more alien species than the study found, because time limits meant Southern Mediterranean countries and macroalgae species were not recorded.

Dr Ulman’s University of Pavia colleague Dr Jasmine Ferrario, is now planning to use the study’s “extensive database” to build a model to identify high-risk marinas.

The study was published in the Journal of Applied Ecology.