Julia Davidson and Anthony Brown accused the Tories of enacting a "hostile environment" against them in Manchester. 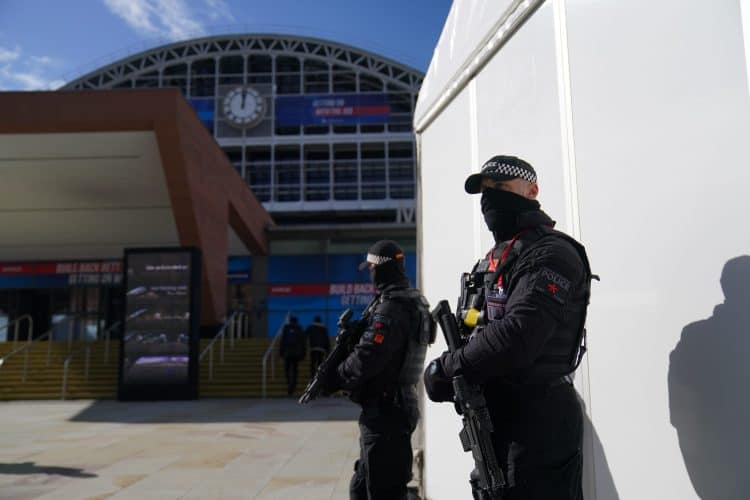 Windrush campaigners have accused the Conservatives of enacting a “hostile environment” against them at their party conference after claiming they were denied full access to the event.

Those working on behalf of Windrush victims called the treatment of the activists, who had reportedly paid for conference passes after being approved to attend, at the hands of the Tories “shameful”.

According to the Guardian, Julia Davidson, who works with Windrush families in Peterborough, and Anthony Brown, co-founder of Windrush Defenders Legal, both faced difficulties in trying to access the conference centre at Manchester Central.

Brown told the paper that when he went to collect his pass he was instead met by one of Prime Minister Boris Johnson’s advisers who allegedly said the lawyer would only be allowed in if he agreed to be chaperoned.

Davidson, meanwhile, said she was allowed into the four-day event on Sunday, but turned away on Monday after the same No 10 adviser said there were concerns she might protest in the venue.

The pair were eventually allowed in on Monday, but were escorted by a Downing Street aide who they said introduced them to attendees of his choosing.

“It was like when journalists go to China and they’ve got a minder. I thought – is this for real?” Brown told the Guardian.

Davidson said she was told by No 10 that there would be no access for her on the final two days of the conference and that her payment would be refunded.

But the former Liberal Democrat councillor said, as well as the £225 spent on her pass, she had spent money on travel and five nights in a hotel, totalling hundreds of pounds.

The Windrush scandal erupted in 2018 when British citizens, mostly from the Caribbean, were wrongly detained, deported or threatened with deportation, despite having the right to live in the UK.

Many lost homes and jobs and were denied access to healthcare and benefits.

Jacqueline Mckenzie, a lawyer at the Centre for Migration Advice & Research – which runs the Windrush Justice Project, tweeted: “When the Home Secretary announced earlier she’d be cracking down on protesters, no one expected the first ever victims to be Windrush activists ejected today from the Tory Party conference, to which they were accredited, in case they protested.