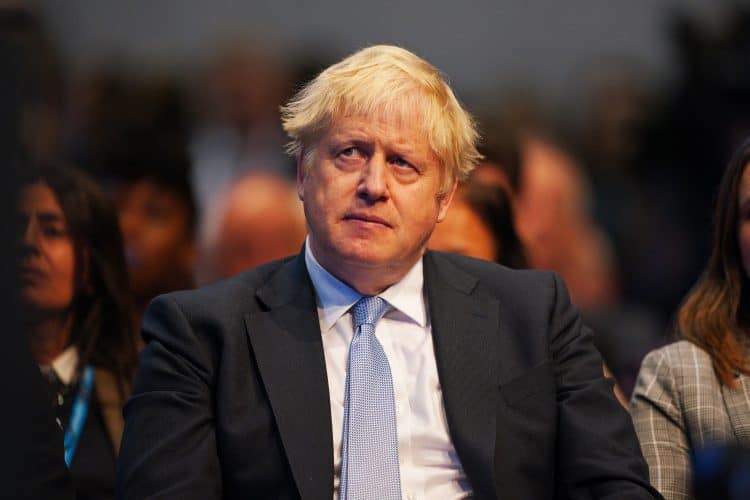 Boris Johnson has said Margaret Thatcher would have approved of the Government’s tax hikes to repair the damage done by the Covid-19 pandemic.

“Margaret Thatcher would not have borrowed more money now, I’ll tell you that much for free,” he said.

He also borrowed the Thatcherite slogan “there is no alternative” to explain his plan for the economy, insisting that short-term labour shortages should not mean a return to mass immigration but would instead lead to a high-skill, high-wage society.

Boris Johnson’s Conservative Party conference has focused on “getting on with the job” – as the slogan in Manchester proclaims – despite queues at petrol stations, protesters clogging major roads and warnings of empty shelves at Christmas.

The Prime Minister declared he has the “guts” to reshape the British economy and solve major domestic problems on the same day as his administration was criticised for cutting the incomes of millions receiving benefits.

As UK goes down the pan, Cassetteboy has done another magnificent mash-up of the PM’s words to say what he is really doing?

Well you can make your own mind up…