In what has been a morale-sapping time for the Conservatives, one senior party official is already resigned to losing the next election. 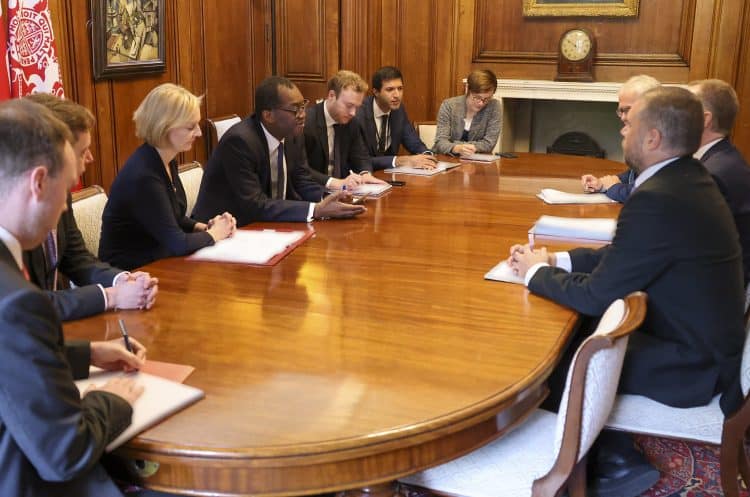 It took just three weeks of Trussonomics to break the Conservative Party, then. According to one of their most senior MPs, the Tories have ‘already lost the next election’, and it has been suggested that the Blues should focus on ‘damage limitation’ going forward.

Tory MP says his party ‘will not win the next election’

Charles Walker, who serves as the MP for Broxbourne, has been in a rather defeatist mood throughout the week. Following one political poll published on Thursday – which predicted a collapse in support for the Tories and a huge surge for Labour – Walker was left fearing the worst.

Based on current numbers, he is concerned that the Conservatives ‘would cease to exists as a party’ if the poll numbers held true. His striking rhetoric encapsulates the scale of the crisis facing our government – which is seriously struggling to turn the tide.

A crashing pound forced MAJOR intervention from the Bank of England this week. Their actions allegedly prevented the collapse of billions in pension funds. It has been a disastrous start to the Truss premiership, and some key allies are already throwing in the towel.

According to Walker, he believes it is ‘hard to argue’ that the Tories can win the next general election, expected in 2023 or 2024. As far as he is concerned, the damage has been done. He does, however, believe that the party can still salvage its reputation.

“I think it’s hard to construct an argument now that the Conservatives can win the next election, I suspect the conversation is, you know, how much do we lose it by? Our first duty must be to our country…”