"He lied to us. They all did, to all of us. This Government has borrowed our faith and played us for fools," James Mitchinson said. 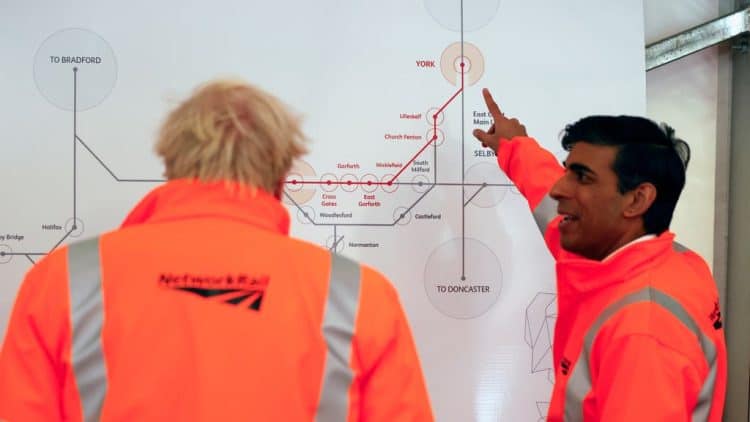 MPs have expressed frustration over reports that rail upgrade plans for the North of England are to be watered down.

According to the i, the Government is to scale back ambitions for Northern Powerhouse Rail, with proposals to deliver it through track upgrades rather than building a new line.

Shadow transport secretary Jim McMahon said ministers were attempting to “quietly back out” of infrastructure schemes that they had “committed to dozens of times”.

Deputy Labour leader Angela Rayner said Northern Powerhouse Rail – the name given to proposals for an east-to-west high-speed train line across the North – had been “a fraud”.

The PA news agency understands that Transport Secretary Grant Shapps is likely to announce the results of the integrated rail plan this week.

The Sunday Times suggested it will contain upgrades across the North and the Midlands, designed to slash journey times from Leeds to Sheffield, Crewe to Manchester and from Birmingham to East Midlands Parkway, which is south of Nottingham.

But the i said the the plan in the North will only commit to investing into existing Transpennine route upgrade proposals rather than build a new high-speed route via Bradford, which would also create increased capacity.

Naz Shah, Labour MP for Bradford West, said: “This is Boris pulling the whole damn rug from under our feet and ripping up the floor behind him!”

As recently as the Conservative Party conference in Manchester last month, Mr Johnson said in his leader’s speech that the Government “will do Northern Powerhouse Rail, we will link up the cities of the Midlands and the North”.

Conservative MP Kevin Hollinrake, who represents Thirsk and Malton in North Yorkshire, told the i the trimmed back plans indicated the Government was “not willing to put our money where our mouth is”.

Mr McMahon said: “It’s laughable that the Government expects people in the North to be grateful for some half-baked and repackaged plans, as they attempt to quietly back out of promises made on the vital major infrastructure projects those communities need so badly.

“Failure to deliver on HS2 and Northern Powerhouse Rail – schemes ministers have committed to dozens of times – is not only insulting, it is actively holding back investment and opportunity that could benefit millions of people.”

A Department for Transport spokeswoman said: “Work is continuing on the integrated rail plan.

“We will publish it shortly and do not comment on speculation.”