Lord Pickles stressed that media and broadcast appointments were at the "low risk end of the spectrum" in a letter to Oliver Dowden. 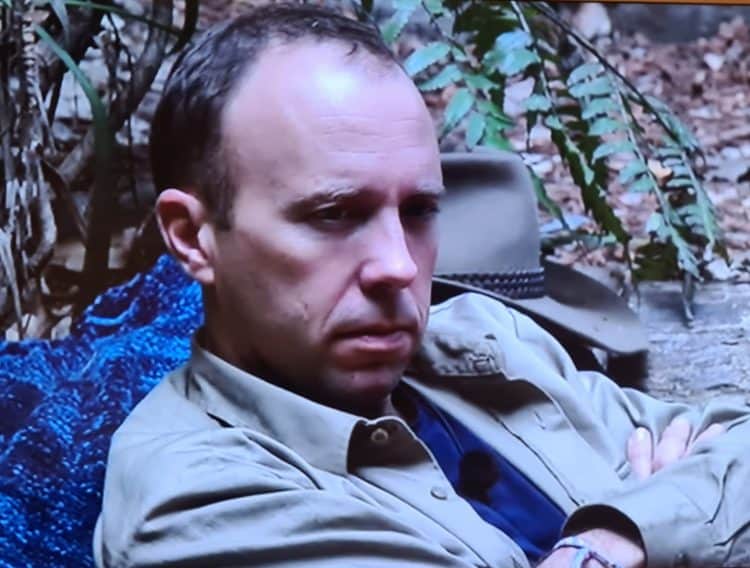 Matt Hancock broke the rules by appearing on I’m a Celebrity – but the watchdog says any action against the MP would be “disproportionate”.

The Advisory Committee on Business Appointments (Acoba) requires any ex-minister to seek advice from them on jobs they accept within two years of leaving office.

Hancock had argued he did not need to get clearance for the TV show, arguing that media appearances on celebrity reality shows “do not count as an appointment or employment”.

It is believed Hancock’s pay deal with I’m A Celebrity is around £400,000 which is one of the largest ever show fees to have been paid out.

Lord Pickles, who heads Acoba, said: “The rules are clear that an application is required where individuals plan a series of media activities and it is for Acoba to assess the associated risks.

“As such, failing to seek and await advice before these roles were announced or taken up in this case is a breach of the government’s rules and the requirements set out in the ministerial code.”

Writing to Cabinet Office Minister Oliver Dowden to inform him of the breach, Lord Pickles said: “It is a matter for you to decide what appropriate action to take.

“However, given the transparent nature of Mr Hancock’s role which is limited to appearing on these shows… I believe it would be disproportionate to take any further action in this case.”

He concluded his letter by stressing that media and broadcast appointments were at the “low risk end of the spectrum” and suggested the government may want to simplify the process to “allow the system to focus on more complicated roles which overlap with an applicant’s responsibility in government service”.

A spokesperson for Mr Hancock said: “The Acoba website clearly states that it does not regard media appearances as an appointment or employment. The guidance on the website was followed in good faith.”