An inside source says the health secretary is in line to receive one of the biggest fees ever to have been paid out by the show. 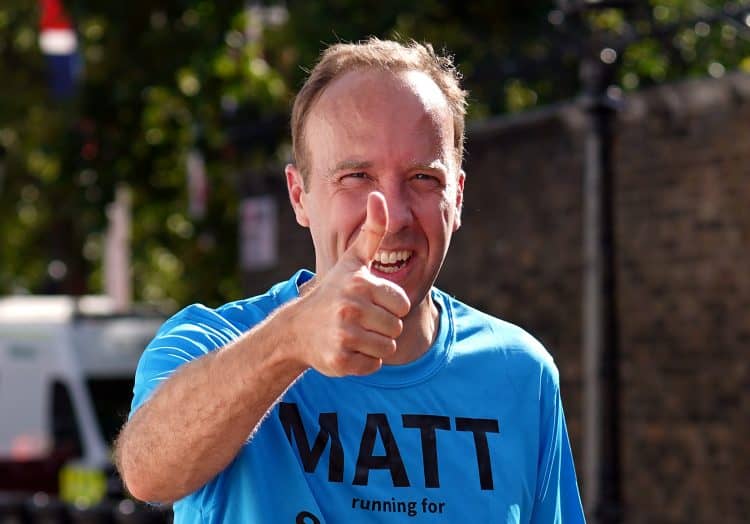 Matt Hancock is in line for a serious bumper payout for appearing on this year’s I’m a Celebrity… Get Me Out of Here!

The Conservative MP, who was sacked after signing up to the show, says he is going into the jungle to “go to where the people are” and that he hasn’t “lost his marbles”, despite a number of people around him questioning the call.

According to The Sun, the former health secretary is in line for a serious payday on the back of the move.

An inside source on the show was quoted as saying: “[Hancock’s]pay deal with I’m A Celebrity is around £400,000 which is one of the largest ever show fees to have been paid out.

“ITV were keen for viewers to think the deal was worth around £150,000 but in reality it’s over double that. They asked him to be on the show three times in a matter of weeks and the money definitely helped seal the deal.”

A spokesperson for Hancock said: “Matt will be making a donation to St Nicholas Hospice in Suffolk and causes supporting dyslexia off the back of his appearance.”

The spokesperson added: “He will also declare the amount he receives from the show to Parliament to ensure complete transparency, as normal.”

“This is an amazing opportunity to engage with the public and talk about issues he really cares about – including his dyslexia campaign. Matt is still working on constituency matters and will continue to do so up until he goes into the jungle. Producers have agreed that Matt can communicate with his team throughout the show if there’s an urgent constituency matter.”