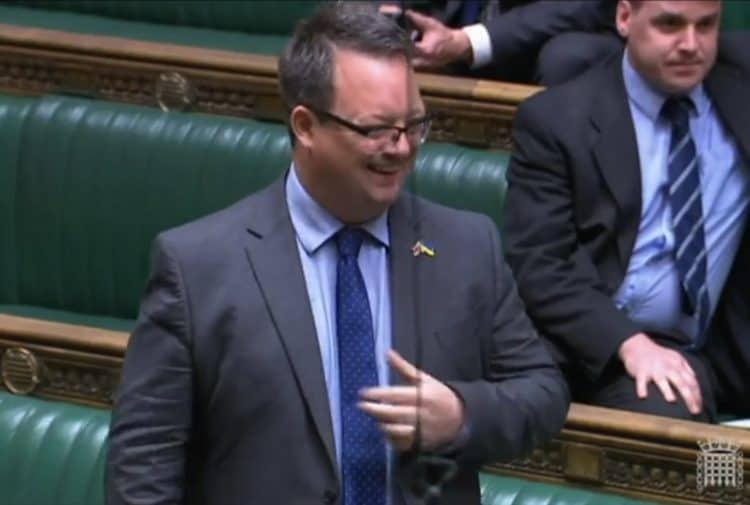 Tory backbenchers could be heard cheering news that court appeals to block tomorrow’s deportation flight to Rwanda had fallen through.

Court of Appeal judges rejected a last-ditch legal bid to block the first flight due to relocate asylum seekers to Africa under a controversial Government policy.

The Public and Commercial Services union (PCS), which represents more than 80 per cent of Border Force staff, and charities Care4Calais and Detention Action challenged a High Court judge’s refusal to grant an injunction on Friday, which meant the first flight to the east African country could go ahead on Tuesday.

Announcing the news in parliament, Mike Wood seemed overcome with delight that the appeal had failed, along with several of his Conservative colleagues.