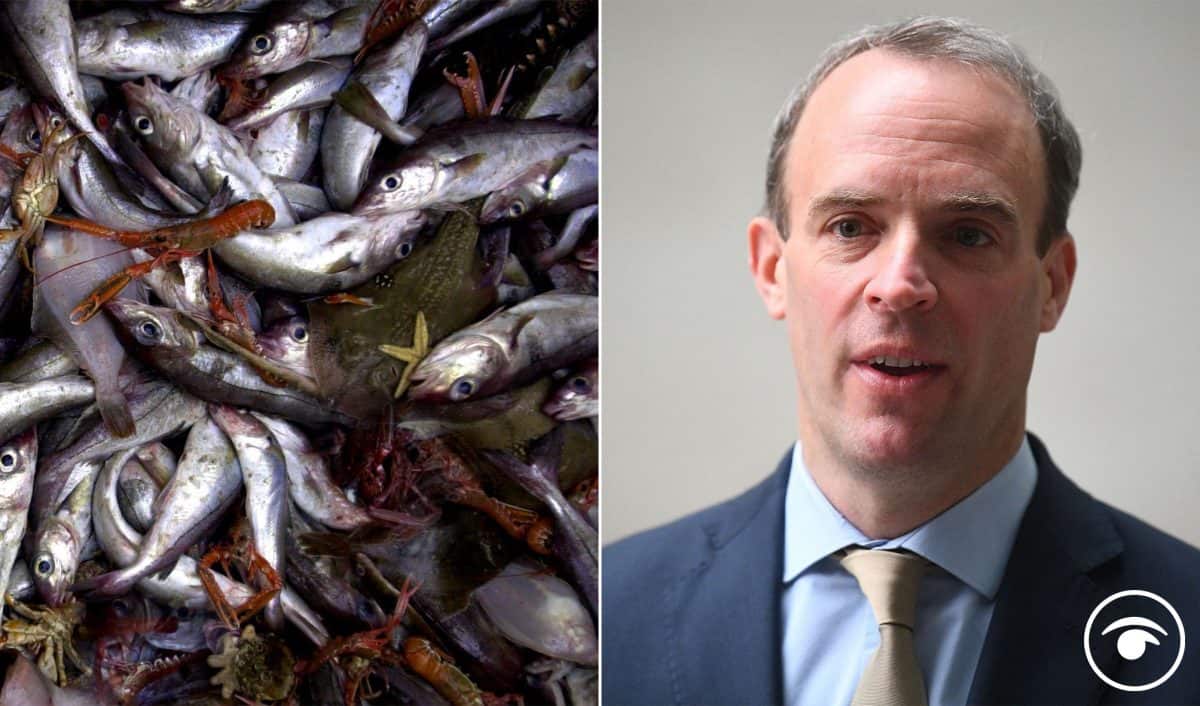 The government has secured a “great deal” for the fishing industry Dominic Raab has insisted.

On the Andrew Marr Show this morning he rejected the charge that ministers had “comprehensively betrayed” the industry amid an outpouring of anger and concern for its future.

It comes as last week Jacob Rees-Mogg said fish in British waters are “better and happier” after Brexit.

In response to his comments Toby Earle Tweeted: “Unsold fish are rotting on docks, seafood companies are hitting the wall, but Jacob Rees-Mogg says what matters is that fish are now ‘happier’ because they’re ‘British.’

Faced with warnings that the Scottish fishing industry is “drowning under red tape” and that generations-old firms could collapse in a matter of days, the foreign secretary claimed he was “not convinced” that the chaos was a result of Brexit.

However, Scottish fishermen have resorted to sailing to Denmark to land their catch as Brexit red tape continues to delay exports, an industry body has said.

The Scottish Fishermen’s Federation, which campaigned to leave the EU, also said the Brexit trade deal was the worst of both worlds for the industry.

Many fishermen “now fear for their future”, it said.

Last week on Sky News a Scottish fisherman said: “The fishing industry has been made a fool of by the Westminster government.”

Liberal Democrat MP for Orkney and Shetland Alistair Carmichael said: “It’s hard to find a minister who will admit to having even sat down and read the trade deal.

“Brexit might be a game to the likes of Dominic Raab and Boris Johnson but for thousands of people in Scotland this is their business and their livelihood on the line.

“The Government needs to get a grip now.

“Fishermen are telling the PM that his deal did not do any of the things he claimed for it, let alone what he had promised.

“The harder the Tories spin, the angrier fishing communities get. The Government needs to start listening to the people who know what they are talking about and start to clean up the mess that the Prime Minister has created.”

Related:‘Previously booming businesses have been left to rot’ due to ‘poor Brexit deal’