One scamp on twitter wrote: "No10 describes the claim that Boris Johnson missed coronavirus meetings to work on a biography of Shakespeare as “total nonsense” He was writing two books, one Pro and one Anti-Shakespeare." 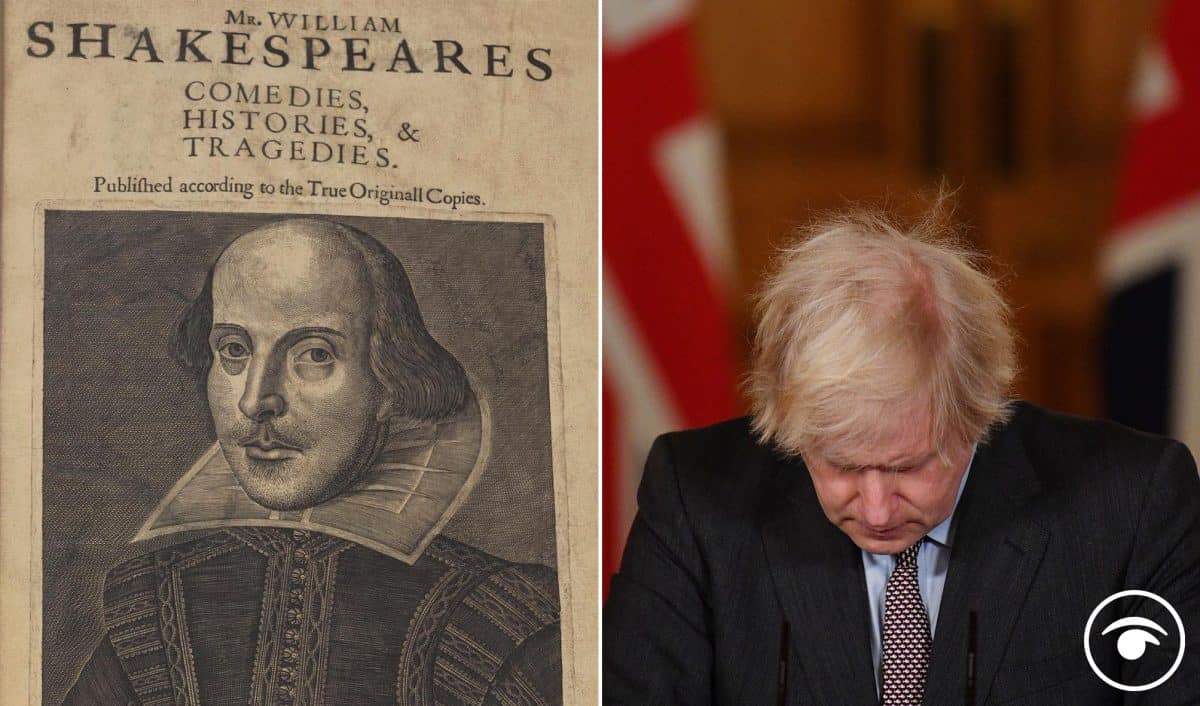 Energy Minister Anne-Marie Trevelyan appeared on GMB this morning and was grilled over whether the PM missed five COBRA meetings to write a biography on Shakespeare, to fund his divorce.

She was also asked if the PM or Dominic Cummings was lying about the Government’s herd immunity strategy.

On the subject of the PM missing COBRA meetings Trevelyan claimed: “Everybody pulled out every stop out to find the most effective solutions at pace.”

Susanna Reid said: “You say they pulled every stop out. We know Boris Johnson missed the first 5 COBRA meetings…he wasn’t there at the beginning was he?”

Anne-Marie Trevelyan replied: “There are all sorts of COBRA meetings…This is not the terrifying statement others want to make it to be, the PM was absolutely focused.”

Susanna Reid then claimed: “He missed those meetings because he was finishing off his biography on Shakespeare.”

Noticeably annoyed by the question Trevelyan replied: “We don’t know the details, nor do you, let’s wait for for Dominic Cummings to explain on Wednesday.

In a parliamentary showdown scheduled for Wednesday, Cummings is expected to hold Johnson responsible for tens of thousands of avoidable Covid deaths by being too slow to act.

Susanna Reid – We know Boris Johnson missed the first 5 COBRA meetings… he wasn’t there at the beginning?

Anne-Marie Trevelyan – There are all sorts of COBRA meetings..

Susanna Reid – He missed those meetings because he was finishing off his biography on Shakespeare.#GMB pic.twitter.com/NTlpNRmWHE

The Minister was then grilled on who is lying about herd immunity, Dominic Cummings or Boris Johnson?

Trevelyan backed the PM, but Reid then pulled up a tweet from the PM’s ex-advisor, and said: “Somebody here is lying.”

Reid read out, ‘Cummings tweet number 42,’ in which he says that the Government’s claim it didn’t follow herd immunity was a lie.

“So who is lying?,” the Minister was asked.

Trevelyan said, again, we must wait until Wednesday for Cummings to explain.