From the newsletter: Boris Johnson has found a winning formula, and Keir Starmer is flummoxed. 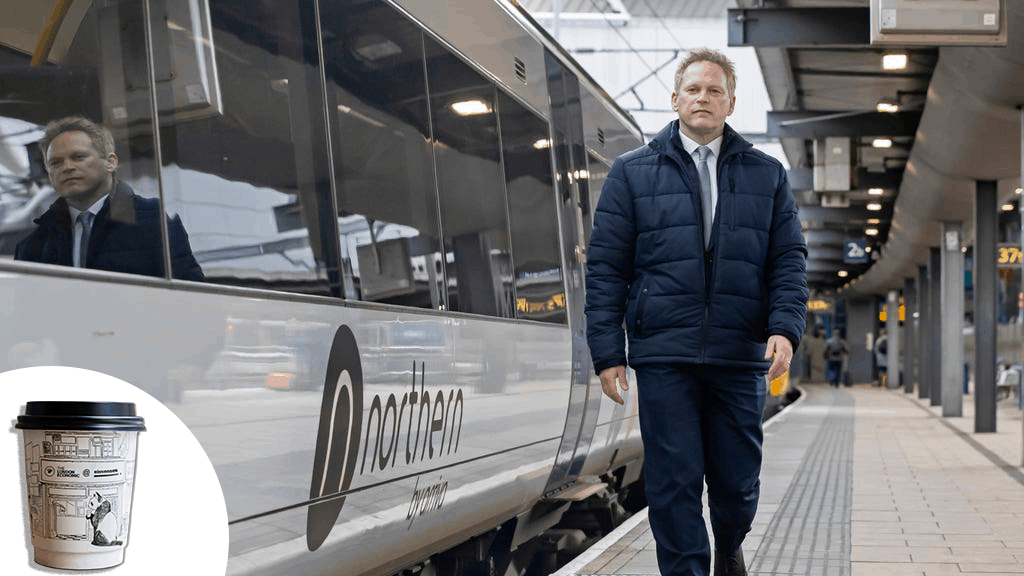 Good morning. Yesterday the transport secretary, Grant Shapps, unveiled a series of changes to the country’s rail industry. Gone, he said, are the “years of fragmentation, confusion and overcomplication”. In their place comes Great British Railways, hurtling down the tracks alongside worlds like “streamlined” and “simplification”. Control of rail infrastructure and services are to be placed under the control of a new arm’s-length public body. Franchises will be supplanted by contracts that incentivise private firms on punctuality rather than profit. The aim, in the words of Boris Johnson, is to give passengers “the level of service they deserve”.

All of which seemed to rather impress the BBC, which heralded “the biggest rail shake-up since privatisation” and announces that rail services would now come under “unified state control”. Cue thousands of supporters of a certain bearded, bespectacled Islington politician painting Twitter red with proclamations that the Tories were cribbing policies from Labour’s 2019 manifesto. They’re not far wrong on the surface. Corbyn did repeatedly vow to bring the railways back into public hands – alongside water and sewerage companies, energy supply networks and the Royal Mail. Labour even proposed the name ‘Great British Rail’ in its 2020 white paper on the topic.

But, as Corbyn policy guru Andrew Fisher wrote yesterday, the Tory proposal is a “pale imitation” of the plan put forward by Labour in 2019. The government’s plan, he said, “is not public ownership”. Rail franchise will remain in private hands; the likes of Virgin and Arriva will continue to extract profit from running services that are among the most expensive in Europe. According to Manuel Cortes, boss of a trade union for transport workers, “far from adopting the substantial strategy to properly overhaul rail in favour of an efficient service that works for passengers and allows businesses to thrive across the country, it is in fact just a watered down rebrand of business as usual.”

Small-print aside, this is not the first time the government has trodden on Labour’s toes. This was most clear in March, when Rishi Sunak flashed his red box. The chancellor vowed to raise corporation tax from 19 per cent to 25 per cent; Labour pledged to increase the headline rate to 26 per cent in 2019. Sunak announced the creation of ‘Treasury North’, a new economic campus in Darlington; John McDonnell had promised to “break up No 11”, with part of it “going to the north”. Both McDonnell – and Ed Miliband before him – proposed creating a national investment bank outside of London; Sunak announced a national infrastructure bank based in Leeds.

Why does all this matter? Because the Conservatives have stumbled across a winning formula. In the David Cameron-era, the party married economic conservatism with social liberalism. Boris Johnson’s administration has inverted the formula, pursuing what some have called a “Red-Green Toryism”: high tax, high spend, tough on crime and anti-immigration, with a dollop of culture war sabre-rattling thrown in. Not only does such an approach seem to be resonating with voters, it seems to have flummoxed Keir Starmer.

In his response to the Budget, the Labour leader stressed that, soon enough, the Tories would return to “business as usual”, cutting spending and ushering in a new age of austerity. But what if they don’t? The Tories are nothing if not pragmatic; whatever road leads to power, they’re happy to take it. Hoping for an eventual reversion to type is like taking on top of the league, sitting back and praying for a howler. It might pay off every now and again, but it’s fraught with risk in the long-run. For now, the Tories are playing in Labour’s half – and they don’t seem to have any clue how to win the ball back.