"These days he prefers a different kind of line, mind," said one cheeky person in response. 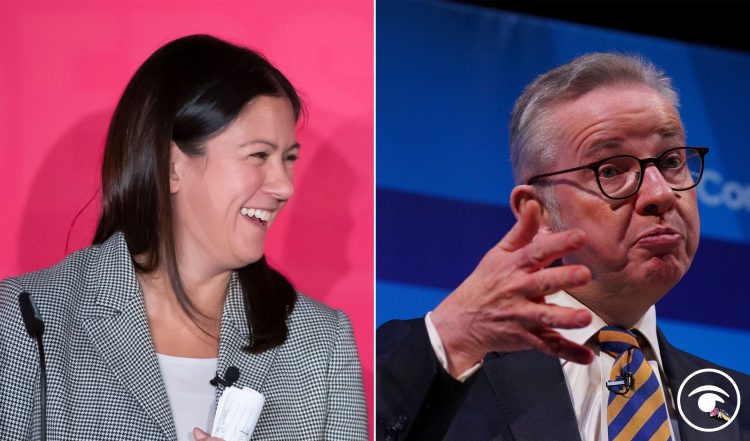 The government has roundly criticised the strike action by the RMT, but one government minister was skewered over his ‘militant’ past.

It comes as barristers in England and Wales have also begun strike action in a dispute over pay and conditions.

Some crown courts across the two nations are running limited services, with criminal trials and other cases postponed or rescheduled from Monday, the first day of a walkout by thousands of lawyers.

Barristers on picket lines accused the Government of not listening to their concerns about the criminal justice system, and are angry that a proposed pay rise of 15% would not kick in immediately or apply to backlogged cases.

Justice Secretary Dominic Raab said the barrister strikes are “regrettable” and will “only delay justice for victims” at a time when pressures on the criminal justice system have resulted in significant waiting times for cases to be concluded.

So it was left to Lisa Nandy to hold Michael Gove to account as he blasted strike action that ‘gets in the way of our economy moving forward’ in the commons yesterday.

“It would be laughable Mr Speaker, if their failure to do their own jobs hadn’t brought this country to a standstill and wasn’t about to get much worse,” nandy said.

“The last time we had strikes on this level, was under the Thatcher government in 1989, & where was he [Gove]? He was on a picket line

Nandy went on: “The last time we had strikes on this level, was under the Thatcher government in 1989, & where was he(Gove)? He was on a picket line.”

Gove participated in a journalists’ strike while working on a Scottish regional daily.

The Tory politician began his career as a trainee at the Aberdeen Press and Journal in the late 1980s before going on to a career in national newspapers.

In 1989, National Union of Journalists’ members at the Press and Journal staff went on strike over union recognition and Mr Gove joined them on the picket line.

The cheeky response is worth a look: