"There it is, they actually tell Steve Bray that his human rights have been stopped by a new law." 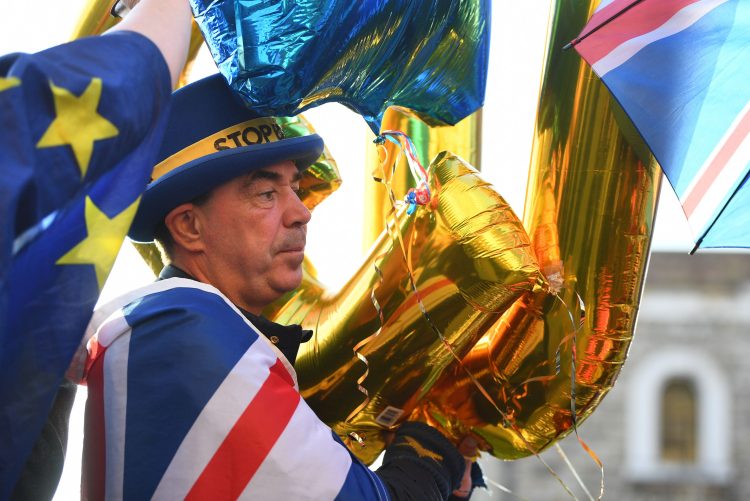 Love him or hate him, Steve Bray is relentless.

The anti-Brexit campaigner is rarely away from Parliament Square.

But not for much longer by the looks of it.

He was approached by two police officers today and told that protests are not allowed in that area anymore and that new legislation has overwritten an ancient act that allows the right to demonstrate near Parliament.

He said he would continue and the police have stepped up their action against him.

They then decided to threaten to seize the amps and slap him with a fixed penalty notice.

He ignored all that and shouted at Sajid Javid.

it comes as ministers have been accused by MPs and peers of creating a “hostile environment” for peaceful protest following the Government’s latest attempt to crack down on disruptive demonstrations.

The Joint Committee on Human Rights said new policing powers in the draft Public Order Bill would have a “chilling effect” on people in England and Wales seeking to exercise their legitimate democratic rights.

It called for key measures in the legislation to be watered down or scrapped altogether, warning they threaten fundamental freedoms guaranteed in the European Convention on Human Rights.

The bill was drawn up in response to what ministers say is the unacceptable disruption caused by groups such as Extinction Rebellion and Insulate Britain.

A lot of people didn’t like the harassment of Bray, but a lot of others also saw that this is symptomatic of a wider issue, which could begin to impact on society as a whole.