"I find it quite hurtful that the leader of my party has found it difficult to express solidarity publicly to both me and Apsana," she said. 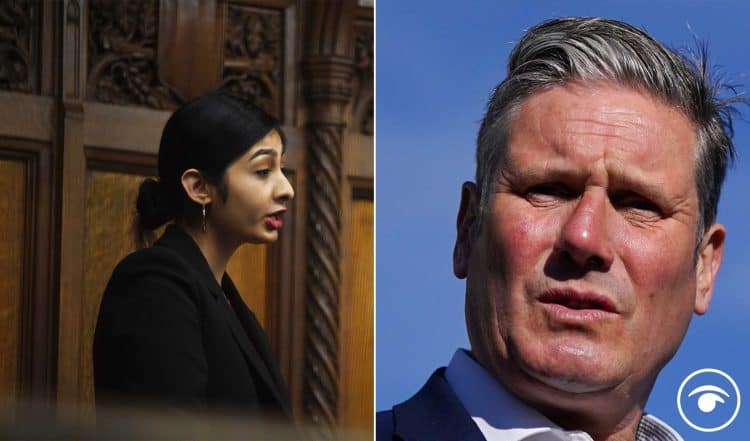 Labour MP Zarah Sultana is a fearless member of the House and has spoken out about the abuse she has received and the lack of support from Starmer.

Just one example of her taking on those in power happened when she refused to withdraw the word “dodgy” three times, back in November, as she claimed she did not think “another word suffices the level of corruption and what we have seen from the Government”.

During business questions in the Commons, the MP for Coventry South, Zarah Sultana, accused Transport Secretary Grant Shapps and Commons leader Jacob Rees-Mogg of being “dodgy”.

Interjecting, Commons Deputy Speaker Dame Eleanor Laing told her to think of a different form of words, as she did not like the word “dodgy”.

She said: “She can make clear she disagrees with what has happened. Perhaps she could put it in different words.”

Speaking to Novara Media she expressed concerns about the level of abuse and hatred she and another Labour MP Apsana Begum have suffered. Also she feels that the leader of the Labour Party has not done enough to support them.

Apsana tweeted some examples of the vile abuse she receives on a regular basis.

One ex-Labour leader who did show support for her was Jeremy Corbyn,.

He tweeted: “Solidarity @ApsanaBegumMP – as she says, we must continue the anti-racist struggle.”

Sultana said: “I find it quite hurtful that the leader of my party has found it difficult to express solidarity publicly to both me and Apsana”.