“I saw my elderly neighbour yesterday, the poor man looked like he was going to cry." 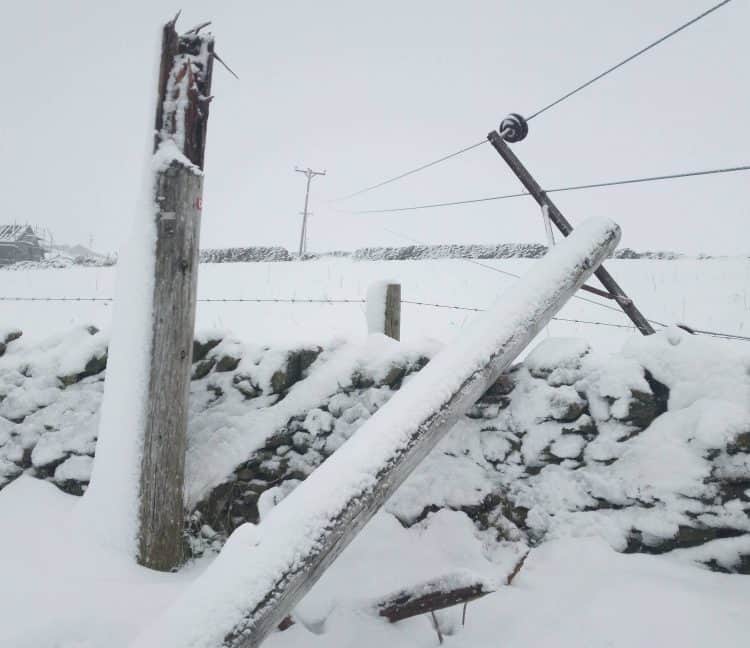 Thousands of people are still surviving without power eight days after Storm Arwen caused massive network damage to parts of the UK.

The latest national figures from industry body Energy Networks Association (ENA) showed about 9,200 homes were without power on Friday evening.

Residents are now bracing for almost freezing temperatures, with parts of northern England and Scotland expected to see lows of 1C (34F) along with sleet and rain over the next 24 hours.

The long delays have prompted energy regulator Ofgem to warn it will take enforcement action against network companies which failed to restore power to customers quickly enough following the storm.

It has also agreed with firms to lift the £700 cap on compensation which could be given to customers.

The change will allow those affected to claim £70 for each 12-hour period they are left without power, after an initial £70 for the first 48 hours.

Chief executive Jonathan Brearley told the BBC Radio 4 programme: “We are deeply concerned about customers who for over a week have been without power.

“We want to establish the facts and make sure we understand what has happened, whether the network companies have met their obligations. If they haven’t, we will take enforcement action.

“We have clear expectations of how fast they should get people back on the system.

“We do recognise the challenging circumstances those companies are in. But what we expect from the network companies is to be relentless in connecting people, but also to be putting support in place.”

He later told BBC Breakfast: “One thing we’ve done already is we’ve said to network companies, and they’ve agreed, they’ve lifted the cap on the compensation they will give customers and they’ll make sure that those customers do get some compensation for everything they’ve been through.”

The Ministry of Defence said 297 personnel from the British Army and Royal Marines are supporting civil authorities and are conducting door-to-door checks on vulnerable people in their homes and providing reassurance to local communities.

Eighty soldiers of 4 Royal Artillery based at Alan Brook Barracks in Topcliffe have deployed to Northumberland on Saturday to check on vulnerable people and identify where additional support is required, a statement said.

Defence Secretary Ben Wallace said: “Our dedicated Armed Forces personnel are working side by side with civil authorities to provide essential support to communities impacted by Storm Arwen.

“The ability to deploy quickly to wherever in the UK assistance is requested makes us all safer and ensures we are able to look protect the most vulnerable in our society.”

Supplier Scottish and Southern Electricity Networks (SSEN) said 950 properties were without power as of 10pm on Friday.

Northern Powergrid announced 5,100 customers, of 240,000 who lost power, are yet to be connected.

Western Power Distribution still had 254 without power while Electricity North West, which provides energy for an area between the Scottish border and Stockport, said 700 properties were without power as of 8pm on Friday night.

Meanwhile, SP Energy Networks said it had restored power to all 200,000 customers who were disconnected.

Residents in affected areas have told how they have been struggling to cope over the past week.

Jessica Teasdale, 35, from Stanley, told the PA news agency: “People are frustrated and angry… everyone is getting ill.

“I saw my elderly neighbour yesterday, the poor man looked like he was going to cry. He’s a vulnerable person but no-one has checked on him and he lives alone.”

Ms Teasdale’s partner, Christopher Bertram, 39, said: “I am sitting looking at Jessica now and she is a wreck. She hasn’t slept or washed properly for a week. She’s like a shell of a person … it is awful to watch.

“I’m using my dog as a hot water bottle.”

Helen Shand, who lives in Inchmarlo, Aberdeenshire, was left without electricity, and made the decision to go to her son’s house in a nearby village after a few days because of the outage.

She said: “It was miserable. I have never been so cold in all my life, even the dog was cold.”