"It was a bit mind blowing because you're discussing civilian casualties," a former foreign office lawyer said. 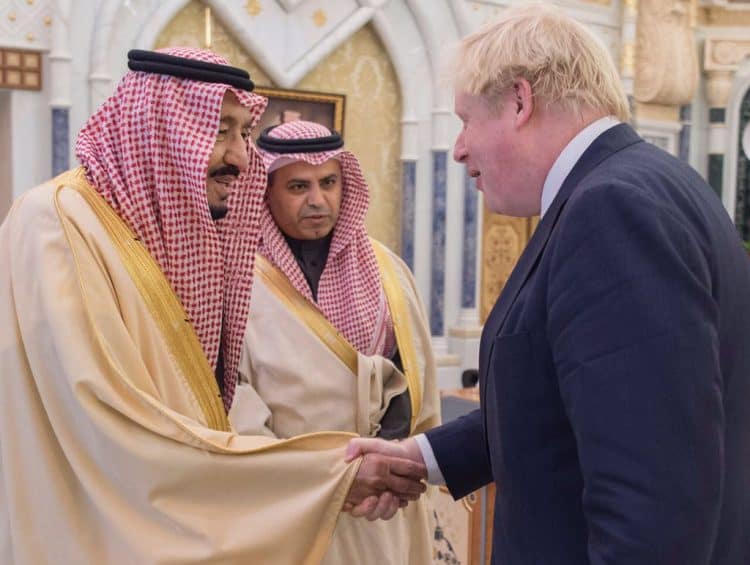 In a shocking interview,Molly Mulready said the PM was “very casual” when discussing the conflict with Saudi Arabia and would “joke around and waste everybody’s time.”

“It was a bit mind-blowing because you’re discussing civilian casualties. You’re discussing the fact that innocent people have died and that British-supplied bombs have played a part in that,” she said.

In 2016 Boris Johnson backed the Saudi-led campaign in Yemen at a press conference following meetings with King Salman and Saudi ministers.

He said: “I should just stress as far as Yemen is concerned, Britain supports the Saudi-led campaign to restore the legitimate government and we have continued our dialogue on the conduct of this operation, a detailed dialogue.

“Of course, we continue, like everybody in this room and around the world to have a deep concern for the suffering of the people of Yemen.”

Mr Johnson said the friendship between the two nations was “developing and expanding”.

“I’m here to emphasis the friendship that exists between the UK and Saudi Arabia and, of course, that is something that is developing and expanding,” he said.

“And, it’s also fair to say that we believe in a candour in our relationship. And now, if you don’t mind, is the time for us to talk about the positive things we are doing together.