From the newsletter: Calls for comity after the murder of Sir David Amess are a distraction from the real issues facing MPs. 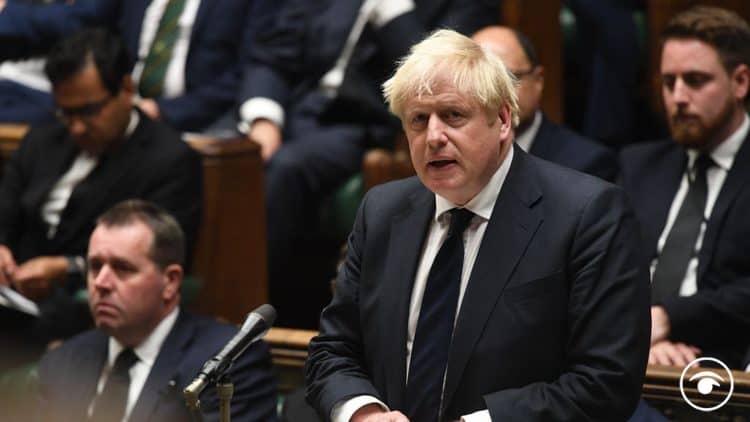 Good morning. The murder of Sir David Amess has sparked grief, introspection and calls for action. As well it might. The death of the veteran Conservative backbencher, stabbed to death at a constituency surgery on Friday, comes as a jolt – a stark reminder of the visceral danger faced by lawmakers.

It digs up questions about MP safety that should have been answered years ago, if not when Stephen Timms survived being stabbed twice in the abdomen in 2010 then when Jo Cox was shot and stabbed to death outside a library in Birstall in 2016. Yet for all the action that has been urged in the days since Sir David’s death, those questions haven’t been answered. And judging by the direction of debate, they won’t be. It seems to have been decided that if everyone was a little bit nicer then a suspected act of terrorism wouldn’t have taken place in Leigh-on-Sea on Friday.

The House of Commons, in a session littered with heartfelt tributes to Amess, yesterday saw clamouring for the introduction of “David’s law”: legislation to crack down on social media abuse of public figures and end online anonymity. Mark Francois told MPs he was “minded to drag Mark Zuckerberg and Jack Dorsey to the bar of the house… if necessary kicking and screaming so they can look us all in the eye and account for their actions or rather their inactions that make them even richer than they already are”.

Without doubt, social media is a cesspit in need of tighter regulation – and kinder politics certainly would not hurt. But let’s not pretend that Sir David – who, by contemporary standards, was barely online – was killed because people send mean messages to blue tick Twitter accounts. To suggest a link between the two is to oversimplify a complex tragedy for which we don’t yet have a full explanation. To his credit, Keir Stamer said as much yesterday. “Civility matters,” the Labour leader said, but “we must not lose sight of the fact that David’s killing was an act of terror”.

There are very real questions to be asked about radicalisation, about Prevent – currently doing the opposite of what it says on the tin – and our security services. Similarly, there are urgent issues around the security of MPs which must be dealt with. Yet by busying themselves with notions of civility and comity, politicians are skirting around them – while prominent journalists doing the same conveniently ignore the role their publications play in legitimising hatred. Clamouring “be nicer!” is all well and good, but it places blame for bad things on bad apples rather than rotten systems. In the long run, that helps nobody.

Again, there is little doubt that an extra dose of civility in British politics would be welcome. But focussing on the quality and tone of our political discourse alone smacks of privilege when the substance of that discourse – real policies materially impacting real people – is what matters. As one eminent, kimono-wearing QC put it yesterday: “Respectful discourse can only follow from respectful politics. To demand it from those forced to live on the edge is wrongly to muzzle those who already lack power.”