"They're coming into our country and raping it", one person told the fictitious reporter. 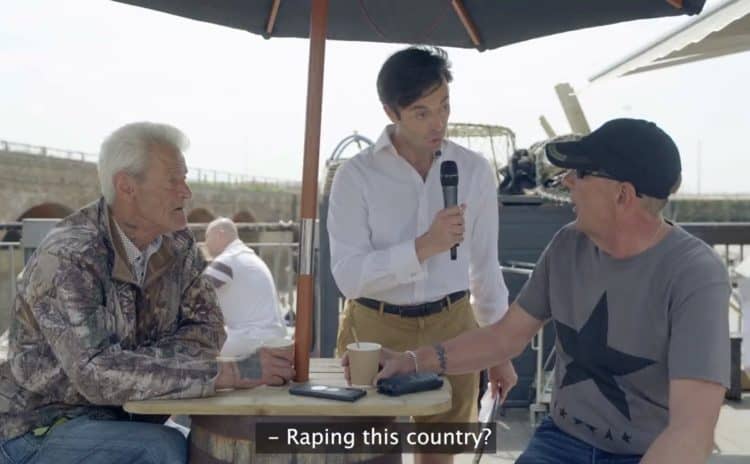 Jolyon Rubinstein of The Revolution Will Be Televised has produced a hilarious spoof report of the asylum ‘invasion’ in Kent.

The comedian headed to the Garden of England to survey people’s views on the current migrant crisis after the situation came to a head last month.

Overcrowding at the Manston processing centre in Kent was described as “wholly unacceptable” by Conservative MP Sir Roger Gale, while people (including children) could be heard shouting “we need your help” from inside.

The response from the Tory government and other far-right personalities was to stoke fear and division, with Rachel Youngman, chair of woman’s charity Hibiscus, telling The London Economic that political rhetoric is destroying lives.

Reporting from Folkstone, Rubinstein certainly picked up on a flavour of how those dangerous viewpoints have filtered down.

Watch his hilarious (if concerning) report below: