Their collusion was scandalous. 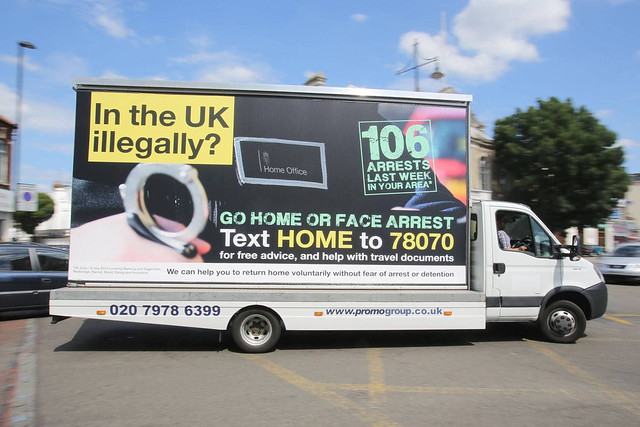 Lib Dems – worth a punt?

The opposition party – the Liberals – had, it seemed, taken a principled position during the debates around this in 1905 strenuously opposing this racist and discriminatory legislation, aimed at impoverished Jewish migrants.

Every key principle enshrining racism and discrimination, and the inhuman attitudes towards and treatment of migrants encouraged through such laws, is right there in that Act, that came into effect in 1906.

It created Immigration officers, including medical officers who could turn back migrants on medical grounds.

One of the first to be turned back was a 9-year-old Russian Jewish girl in January 1906, because she was deaf and mute and therefore thought likely to be a burden on the rates.

It divided migrants seeking entry into the categories “Desirable ” and “Undesirable” – as every piece of British immigration legislation has continued to do. And it provided powers of deportation. Even if a migrant had been allowed entry, if they were found wandering the streets six months or more after entry, without any visible means of support, they could be rounded up and summarily deported.

More than 1,000 such Jewish migrants were deported on those grounds in the first four years of the Act. Only, by then, Balfour’s Tories were no longer in power.

The Liberals defeated them, forgot about their previous opposition to such horrible legislation and set about implementing it themselves, not wanting to be seen as “soft on migrants” or accused of “letting them all in”.

If this hasn’t rung any bells yet with the behaviour of the Liberal Democrats today it certainly should have done.

Theresa May, as Home Secretary, announced her shameful and cruel “Hostile Environment” policies  in 2012 – two years into the Tory-Lib-Dem coalition (or the Con-Dem nation as it came to be called). The Tories knew that they could absolutely count on the Lib–Dems for support.

In May 2013, Theresa May spoke proudly at Tory Conference proudly of her modus operandi: “Deport first and hear appeals later”. That same year saw the first of the despicable “Go-Home-Vans” appearing on the streets of areas with significant migrant populations.

We now know with absolute clarity the terrible human cost of such policies as played out through the Windrush Scandal. The government’s junior partners cannot escape their culpability for this. They knew of every inhuman act that was being done by the Home Secretary that impacted on migrants and refugees.

Today we are still learning of the further devastating impact it had on longstanding British citizens who were born overseas but came to live here as children.

Even before the Windrush Scandal broke politicians of all parties were aware of how Theresa May’s Hostile Environment was translating into street-based racial abuse and assaults.

Yet the Lib-Dems chose to continue propping up that government, so they could continue to play some part in government, and delude themselves that they had influence, whatever the cost to those who were marginalised and made more vulnerable by such inhuman policies. Their collusion was scandalous.

There is a real threat that the even more blatant racists Tommy Robinson, Nigel Farage, Gerard Batten, are going to make advances this week in the European elections.

I have met decent people who seem to have quickly forgotten the Lib-Dems support for the devastating cuts to welfare and social care enacted by the Tory-dominated coalition government, their u-turn on tuition fees, and every act that deepened austerity and suffering.

But I would hope that any principled anti-racists would not seriously entertain voting for the Lib-Dems this week to express some kind of disappointment, disagreement or protest over Labour’s complex approach to the Tory / UKIP created mess that is Brexit.