The history of London’s secret rivers will go on show this week in a major new exhibition at the Museum of London Docklands. Secret Rivers uses art and archaeology to uncover the lesser-known histories of rivers such as the Effra, Fleet, Neckinger, Lea, Wandle, Tyburn, Walbrook and Westbourne. The tributaries which have long played second […] 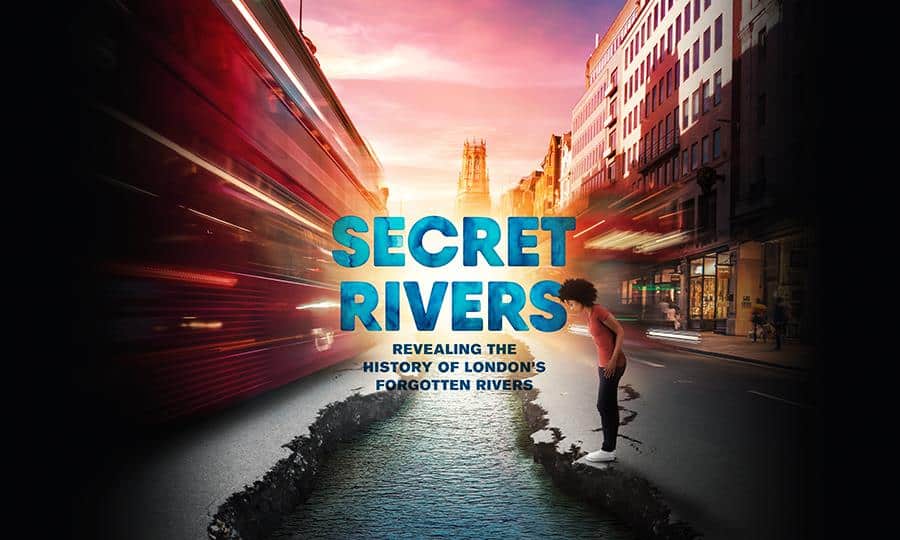 The history of London’s secret rivers will go on show this week in a major new exhibition at the Museum of London Docklands.

Secret Rivers uses art and archaeology to uncover the lesser-known histories of rivers such as the Effra, Fleet, Neckinger, Lea, Wandle, Tyburn, Walbrook and Westbourne.

The tributaries which have long played second fiddle to the Thames have fascinating stories to tell having been exploited for transport and industry over the years.

They have also been enjoyed and revered by city dwellers and have influenced artists and writers.

Among the highlights is an immersive digital display which looks at the river Fleet, which rises on Hampstead Heath before passing through Kentish Town and Camden towards St Pancras and Farringdon, joining the Thames beneath Blackfriars Bridge.

Following the ‘Great Stink’ of 1858 The Fleet joined other lost rivers of London in becoming a part of one of the most ambitious sewer regeneration plans in the capital’s history. Six ‘interceptor’ sewers, which were around 100 miles long altogether, were built with another 450 miles of sewer feeding into them. The system took 318 million bricks to build and some 670,000m3 of concrete.

Themes of pleasure and poverty are also explored through drawings and prints of the river Neckinger and Westbourne along with archaeology associated with those rivers. One example is Jacob’s Island, the ‘capital of cholera’, an artificial island in the Neckinger at Bermondsey, created when factories and mills were established. By the 19th century, the river was polluted by the factories and the area was a notorious slum, surrounded by open sewers.

More happily, when the Westbourne, which flowed from Hampstead to Chelsea Bridge, was dammed at Hyde Park, it created the Serpentine Lake and filled the ornamental canal in Ranelagh Pleasure Gardens, providing new water features for wealthy west Londoners.

In recent years, there have been plans to bring buried rivers back to the surface. ‘Daylighting’ showcases two proposals to uncover the Effra and Tyburn, highlighting the passion and imagination of the Effra Redevelopment Agency and the Tyburn Angling Society who have campaigned to restore ‘lost’ rivers to south London and Mayfair.

The plans would require the demolition of large parts of central London to create a green waterway through the city centre. The Queen may also be forced to move as Buckingham Palace sits on top of a waterway, although campaigners have agreed to make concessions on her behalf.

Secret Rivers will run at the Museum of London Docklands from 24 May – 27 October 2019. Admission is free.