MPs from all parties have opposed a return to traditional proceedings in June. 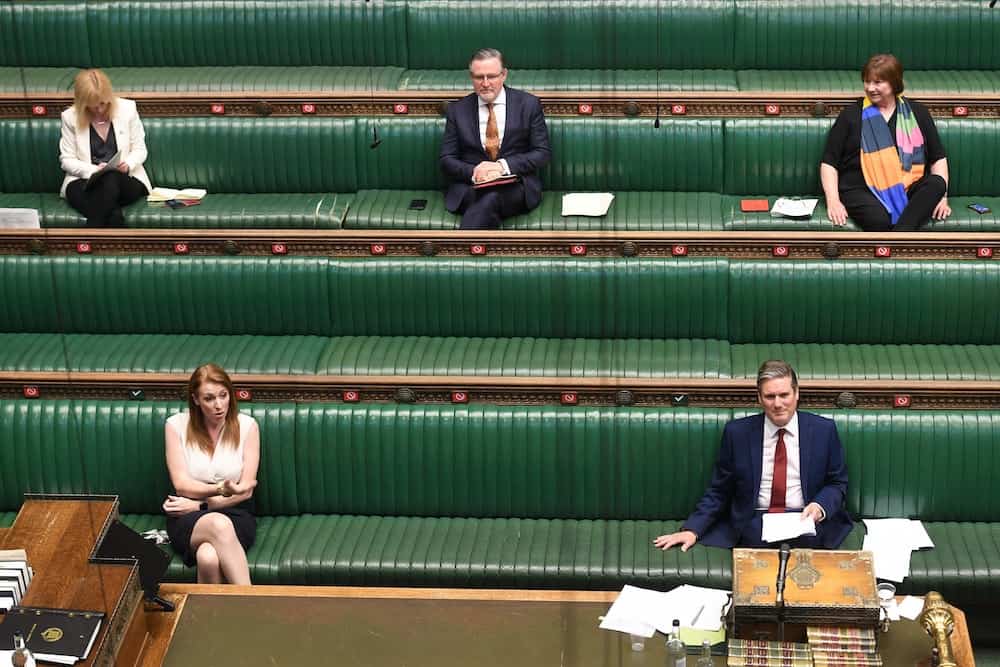 MPs who want to keep the virtual Parliament going beyond June 2 are “lazy” and “work-shy”, a Tory MP has claimed.

In a social media post, Henry Smith (Crawley) said it is not surprising that “work-shy socialist and nationalist MPs tried to keep the remote Parliament going beyond 2 June”.

But Labour deputy leader Angela Rayner called Mr Smith’s comments “nonsense”, adding that MPs and their staff from all parties have been “working hard” from their homes during the lockdown.

On Wednesday, Commons Leader Jacob Rees-Mogg confirmed that he is sticking by plans to make MPs return to Westminster next month, following five weeks of semi-virtual working.

Opposition parties MPs failed in their bid to take control of the Commons agenda to enable a vote on how the chamber operates after the Whitsun recess after their amendment was not selected.

Mr Rees-Mogg said he wants MPs to come in after June 2, following the Whitsun recess, to set an example to the rest of the country, but that MPs’ staff would continue to be encouraged to work from home.

He argued that the hybrid Parliament has cut the time available for debating legislation by around two-thirds, and prevented “proper scrutiny”.

MPs will continue to follow social distancing rules on their return, including by keeping six feet apart when casting their votes in the chamber.

But Labour said the Government “has yet to provide an honest explanation as to why it wants to bring this virtual system to an end”.

Numerous MPs from across the House have opposed the return to traditional proceedings, including Tory Michael Fabricant who said MPs “risk becoming 650 super-spreaders”.

Mr Fabricant said: “The current ‘hybrid’ arrangements, however, while far from perfect, mean that MPs can work from home while all can still take part in voting on legislation, asking questions, scrutinising the Government, speaking in debates, as well as undertaking constituency work.”

He added: “Providing safe working conditions will be difficult as social distancing is nigh on impossible in its narrow corridors.

“Meanwhile, having MPs arrive in Westminster from other parts of the country which are still experiencing high rates of infection is an epidemiologist’s very worst nightmare.”

Fellow Conservative Robert Halfon warned that the Commons would become an “apartheid Parliament” if virtual participation measures are not kept in place for those who need them.

Mr Halfon, who is disabled, considered in an at-risk group and currently shielding, said: “It’s not that I don’t want to come in, I would come in tomorrow if I could.”

Prospect union deputy general secretary Garry Graham said trade unions representing parliamentary staff had offered to work with the Government on a phased return to a physical parliament from now and the summer.

He said: “It is incredibly disappointing that the Government has chosen to ignore the voice of staff and impose a full return to Parliament in two weeks, including physical voting, that will mean hundreds of people packed into Parliament’s narrow corridors putting MPs and staff at risk.”

Amy Leversidge, FDA union assistant general secretary, said: “Vague promises bereft of detail are simply not good enough and today’s announcement will leave many staff working under intense pressure, stress and anxiety at the prospect of preparing for a return to Parliament just seven working days from now.”

The Institute for Government said the end of virtual proceedings will reduce Parliament’s ability to scrutinise Government, and mean abandoning the principle of equality of participation among MPs.

Dr Alice Lilly, a senior researcher at the think tank, said: “In just a few weeks, the UK Parliament made some of the most far-reaching changes to its ways of working in its history.

“While the Commons’ virtual proceedings were not ideal, rushing to try and return to some kind of impossible normality risks disadvantaging some MPs and limiting MPs’ capacity to scrutinise government, at a time when effective scrutiny is more important than ever.

“The perfect should not be the enemy of the good.”

A Labour Party spokesperson said: “The Government’s own public health advice has said that those who can work from home should and Parliament has developed a system using technology to ensure the scrutiny of Government whilst allowing people to work remotely.”