Austerity wreaked havoc on the economy and society, but worst of all it left us catastrophically under-prepared for the next crisis to come along. 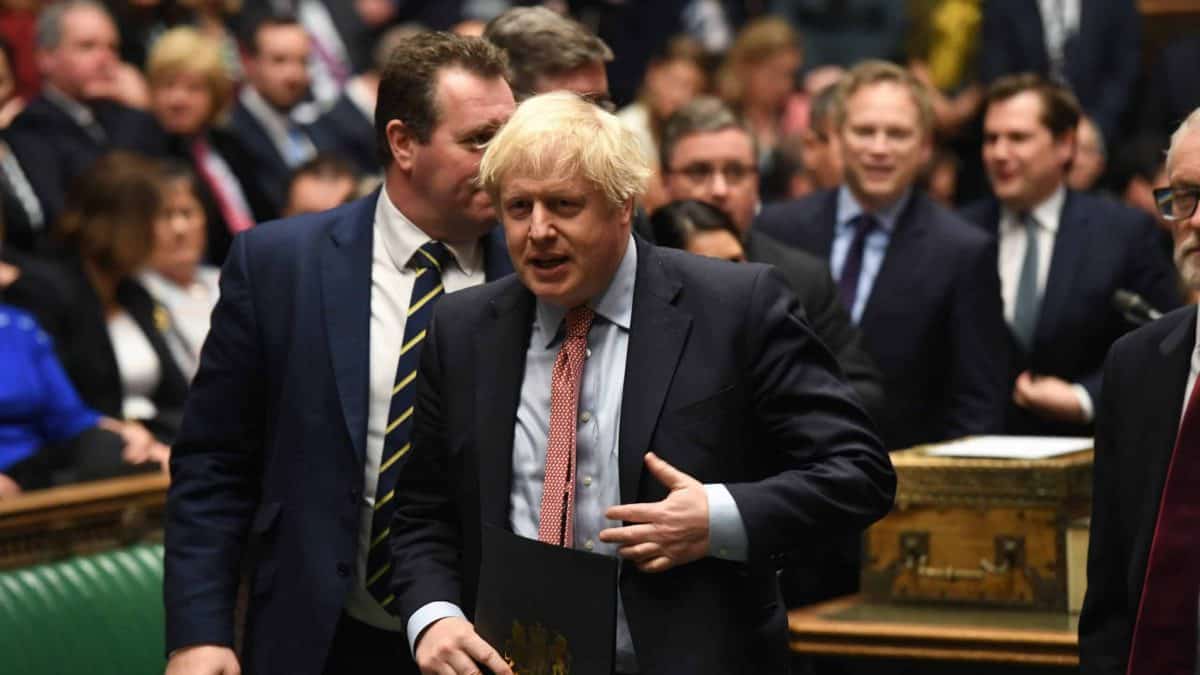 After the Lib-Dems enabled the Tories back into power in 2010, the two parties used the 2008 global financial sector insolvency crisis as an excuse to launch an unprecedented ideological raid on the country, with the promise that these radically right-wing economic reforms would have eliminated the budget deficit by 2015.

There was barely a facet of British life that wasn’t damaged by this ideologically driven “let’s cut our way to prosperity” lunacy.

At the time a whole range of economists, economic journalists, and other commentators insisted that it wouldn’t work, because the historically proven way of pushing an economy out of crisis is to actually increase spending in areas that demonstrably provide good returns on investment (infrastructure, education, social housing, preventative health, R&D …) and to restrict cutbacks to areas of spending that produce very poor negative returns on investment (like political vanity projects, handouts for the mega-rich, imperialist warmongering, shockingly one-sided corporate outsourcing contracts …)

In 2015 the critics of austerity extremism were proven absolutely correct because the Tory government spectacularly missed their deficit elimination target. In fact they missed it so badly it still wasn’t even gone by 2020, meaning the UK was still in deficit when the next enormous economic crisis kicked off!

It turned out that austerity delivered the slowest economic recovery in centuries; the worst period of declining real-terms wages since records began; the lowest level of house building since the 1920s; all-time record worst NHS waiting times; collapsing social care services; and soaring crime rates as the result of 21,000+ police jobs being scrapped.

Austerity manifestly failed on the Tories’ own stated measure of success (deficit reduction) and annihilated living standards for millions of people, but what it achieved was the biggest transference of wealth ever from the majority to the mega-rich minority.

Within the first five years of Tory austerity the mega-rich minority had literally doubled their wealth, while the rest of us paid the price in underfunded public services, education cuts, wage repression, annihilated local government budgets, failing emergency services, and the deliberate ideologically driven vandalism of the social safety net.

One of the worst consequences of this ruinous austerity agenda is the way it’s left us catastrophically under-prepared for the next crisis to come along.

The decision, on cost grounds, to ignore warnings that the NHS was catastrophically under-prepared for a potential respiratory pandemic; the social care system reduced to ruins; millions of families living on the breadline before the crisis even hit; NHS and other emergency services cut to the bone; and virtually all emergency excess capacity eliminated from every government department …

In combination with rank Tory incompetence, and Boris Johnson’s deranged “Superman of Capitalism” delusions in the crucial early stages of the outbreak, this austerity ruination helped deliver the worst Covid-19 outbreak in Europe, despite the UK having vital weeks of extra warning, after we saw what happened in Italy and Spain after they reacted too slowly.

At the 2019 General Election the Tories changed their rhetoric to pretend that they’d abandoned austerity, but the reality is that it was just a facade of misinformation and lies to dupe the gullible.

None of the austerity cuts have actually been reversed; local government finances are still in ruins; the decade of scrapped infrastructure projects didn’t suddenly get the go ahead; our wages haven’t bounced back to where they would have been without austerity; our public services are still running on empty; and the social safety net hasn’t been repaired to pre-2010 standards.

But despite austerity extremism having crippled our country’s response to the coronavirus crisis, the Tories are already plotting to use it as an excuse for even more austerity cuts, even to public service wages, meaning even more years of savage real-terms pay cuts for the front line emergency service workers who have been seeing us through this pandemic!

The fact is that the Tory austerity agenda strangled the post-2008 economic recovery, and led to the worst decade of falling British living standards in living memory, yet they’re plotting to actually implement more of it, rather than figuring out how to reverse the damage they caused.

Everybody with any sense whatever knows that austerity is an economy-strangling ideology, and the Tories have demonstrated that they know this too by walking away from their austerity rhetoric of the past, and replacing it with their ludicrous general election lies about imaginary nurses and fake “new hospitals”.

The Tories know that more austerity is the wrong solution from a crisis-recovery standpoint, but they also know that it massively benefits the tiny mega-rich minority of corporate fat cats, bankers, Russian oligarchs, city speculators, and mega-rich tax-dodgers who completely bankroll their entire political operation.

Best interests of the nation

The correct solution to economic crises is the same as it’s always been: Strategic investment in the drivers of future economic prosperity (infrastructure, affordable housing, education, quality public services, R&D …), which is almost precisely the opposite of the Tory austerity agenda.

So if the Tories choose austerity extremism again, rather than investment economics, it will be a purely ideological decision to put the interests of their financial backers above the interests of the rest of us, and it will need to be vehemently resisted.

We simply cannot afford to allow the Tories to attempt to break their own record of the slowest economic recovery in modern history, entirely motivated by their desire to hand an even bigger slice of the national wealth to their mega-rich chums and financial backers.