"‘Brexit Opportunities’ and ‘Government Efficiency’ - two oxymorons there. To be honest, I saw Rees-Mogg as being more suited to ‘Minister for Twirling Moustache while Laughing at the Poor.’" 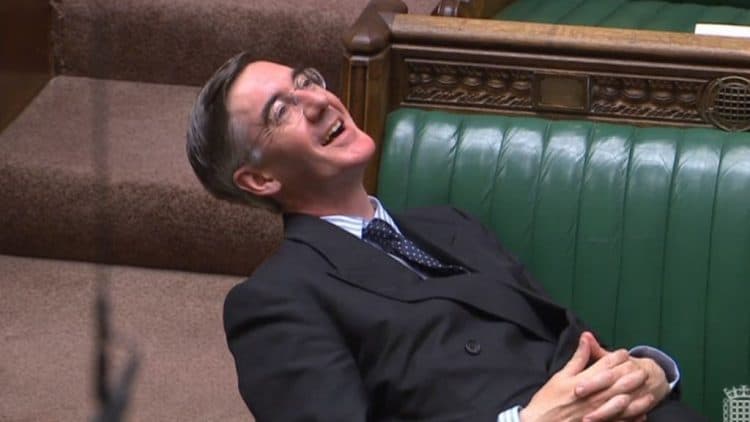 Boris Johnson has embarked on a mini-reshuffle as he continued to resist calls to apologise for his controversial attack on Sir Keir Starmer over Jimmy Savile.

Chief Whip Mark Spencer, who has been criticised for his handling of discipline among MPs, is moved sideways to become Leader of the Commons.

He replaces Jacob Rees-Mogg who becomes Minister for Brexit Opportunities and Government Efficiency in the Cabinet Office.

Mr Rees-Mogg, who was leader of the Commons, will remain a member of the cabinet in his new role, Downing Street said.

Both of his new jobs have been newly created as the PM continues with Brexit negotiations.

Not everyone was very happy with the appointment. Andrew Adonis tweeted: “I am dying of laughter at Rees-Mogg as Minister for Brexit Opportunities. The guy whose only opportunities have come from Eton & Johnson, who told us there should be a second referendum on Brexit until he was afraid of one, & who has been wrong on every major Brexit judgement!”

With this appointment in mind, Peter Stefanovic reshared a video from the end of last year, where Rees-Mogg told the House that the NHS has already received the £350 million a week dividend and a few other misleading claims, which were promptly put to bed.

Related: Reaction as Jacob Rees-Mogg made Minister for Brexit Opportunities