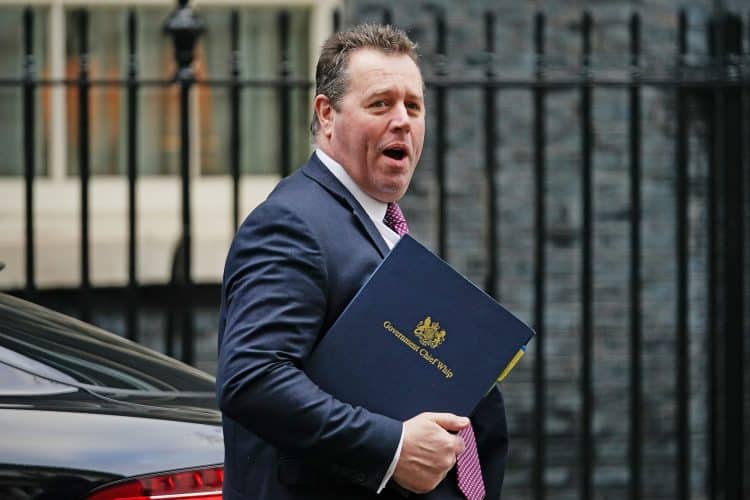 Boris Johnson has carried out a limited reshuffle as he seeks to secure his position in No 10 in the face of the Partygate row and mounting Tory discontent.

Spencer – the “big farmer”, as the Johnson jokingly refers to him – has paid the price for a series of missteps in managing the parliamentary party.

He played a leading role in trying to get Tory MPs to support a shake-up of Commons sleaze rules in an attempt to spare Owen Paterson from being suspended, incurring their wrath when the controversial plan was subsequently abandoned.

He also failed to prevent a revolt by 100 Tories over Covid rules and faced claims – which he has denied – that he told MP Nusrat Ghani she lost her ministerial role because her Muslim faith made people feel uncomfortable.

And Spencer’s recent altercation with Ghani has reportedly left some MPs concerned that he has been handed a promotion despite being under investigation over the Tory MP’s claims.

The whips office over which Spencer presided was also recently referred to the policy by Tory MP William Wragg, who accused the government of intimidatory tactics.

In an interview with The Sunday Times last month, Ghani said she was told that her “Muslimness” had been raised at a Downing Street meeting.“It was like being punched in the stomach. I felt humiliated and powerless,” she said.

“When I challenged whether this was in any way acceptable and made clear there was little I could do about my identity, I had to listen to a monologue on how hard it was to define when people are being racist and that the party doesn’t have a problem and I needed to do more to defend it.

“It was very clear to me that the whips and No 10 were holding me to a higher threshold of loyalty than others because of my background and faith.”

Spencer subsequently identified himself as the whip in question, saying: “To ensure other whips are not drawn into this matter, I am identifying myself as the person Nusrat Ghani MP has made claims about this evening.

“These accusations are completely false and I consider them to be defamatory. I have never used those words attributed to me.

“It is disappointing that when this issue was raised before Ms Ghani declined to refer the matter to the Conservative Party for a formal investigation.”

He added: “These claims relate to a meeting in March 2020. When Ms Ghani raised them she was invited to use the formal CCHQ complaints procedure. She declined to do so.”

The Commons Leader has a key role of upholding standards in Parliament, a position for which Labour said Spencer is “completely inappropriate”.

Thangam Debbonaire, the shadow leader of the House, told the Guardian that Spencer “has been publicly accused of blackmail and threatening to withdraw investments… unless MPs toe the line.

“This is just the latest in a long line of appointments that demonstrates this Government’s complete disregard for standards in politics.”

Related: Reaction as Jacob Rees-Mogg made Minister for Brexit Opportunities