The issue will be high on the agenda as Conservative delegates meet for the party conference in Manchester. 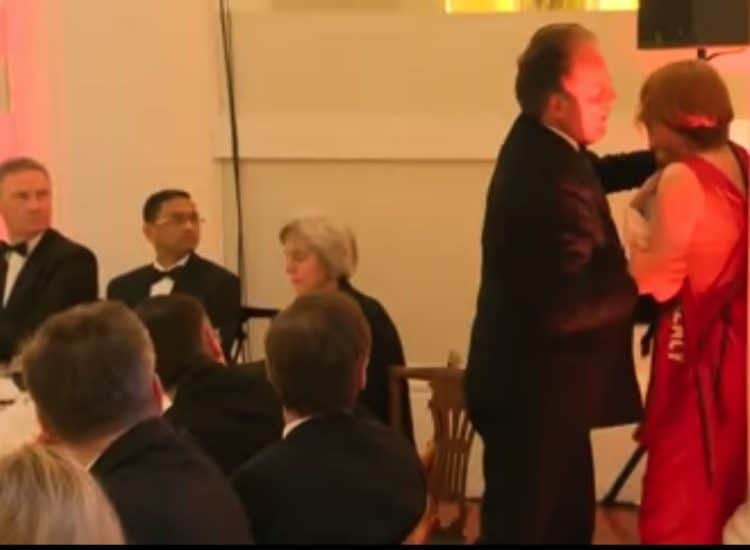 A video of a former Conservative foreign office minister manhandling a female protester has resurfaced on social media after Boris Johnson pledged that his party would do all they can to protect women in Britain.

Speaking ahead of the party conference in Manchester, the prime minister said the criminal justice system has not been quick enough to act on reports of sexual violence against women and girls.

He said: “The problem is that there is an endemic difficulty in getting the criminal justice system to deal with these complaints fast enough and sometimes to see them take them seriously enough.

“There are delays taking place at every stage in the process. You know the reasons – it’s all the complexities to do with people’s mobile phones, the evidence that’s produced by the defence, and all that kind of stuff.

“But, in the end, that is no excuse. We have to have these complaints properly dealt with.

“We have to have a situation in which women know that their reporting of rape, sexual, domestic violence is going to be properly taken care of.

“So, we’re investing massively in all that stuff to make the streets safer, and some of these most terrible, biggest, dangerous crime types are actually coming down.”

A video of Mark Field pushing a female Greenpeace activist against a pillar and grabbing her neck while she protested at the chancellor’s Mansion House speech has been making the rounds on social media on the back of the pledges.

The activist, Janet Barker, said at the time that she was incredulous at his reaction and welcomed the suspension but did not press criminal charges.

“I think it is something best dealt with in the court of opinion,” she said.

Barker said Field had pushed her so hard as they reached the door that she had almost fallen. She said he should take anger management classes.

“I want him to think about what he did, why he did it and address his behaviour.”