Without evidence, the European commission chief said the UK had compromised on "safety and efficacy" - despite the EU approving the same vaccines weeks later. 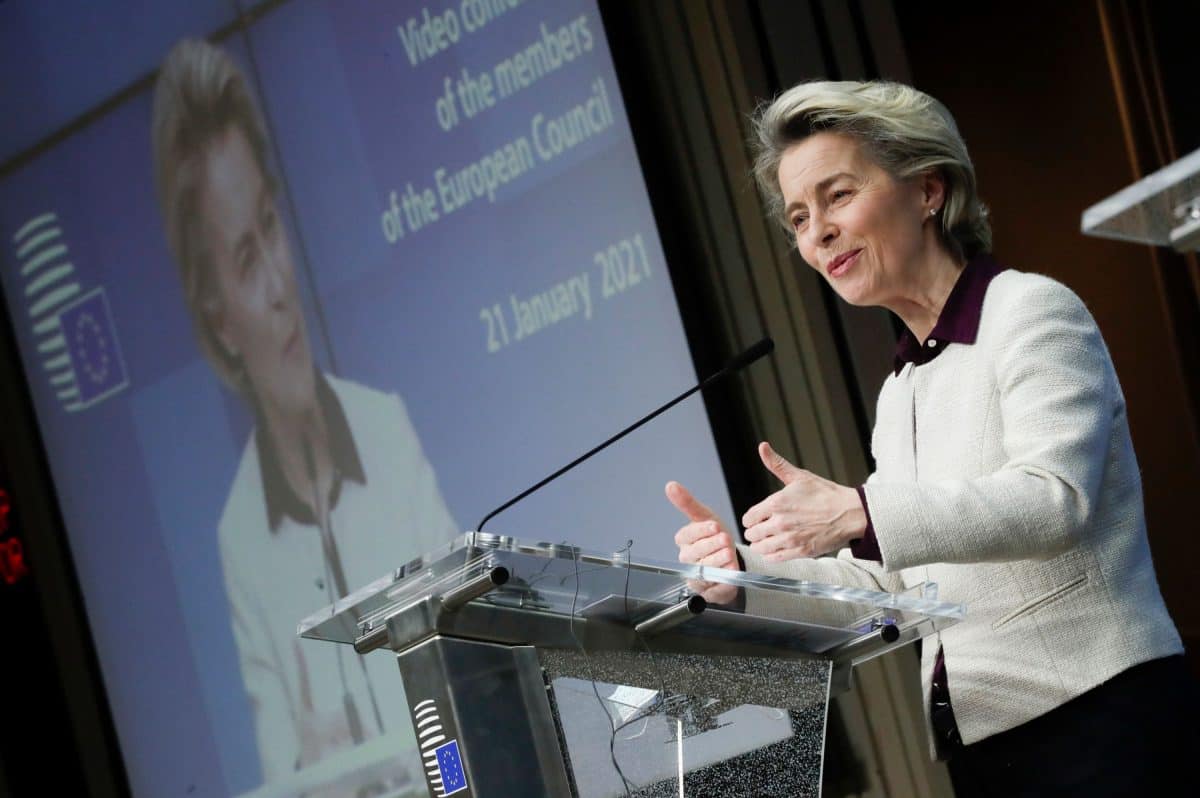 The UK’s vaccination programme is off to such a strong start because Britain failed its “gigantic responsibility” to ensure “safety and efficacy”, the European Commission president, Ursula von der Leyen, has baselessly claimed.

Amid rising criticism of her handling of the vaccine crisis, the former German defence minister – who has helmed the EU’s executive branch since 2019 – insisted that the EU acted correctly, despite the bloc falling way behind the UK in the number of jabs given.

“Some countries started to vaccinate a little before Europe, it is true,” she said, in an interview with European newspapers. “But they resorted to emergency, 24-hour marketing authorisation procedures.

“The commission and the member states agreed not to compromise with the safety and efficacy requirements linked to the authorisation of a vaccine. Time had to be taken to analyse the data, which, even minimised, takes three to four weeks.

“So, yes, Europe left it later, but it was the right decision. I remind you that a vaccine is the injection of an active biological substance into a healthy body. We are talking about mass vaccination here, it is a gigantic responsibility.”

While Britain – having signed large vaccination contracts and authorised certain jabs more quickly – had provided the first dose of a vaccine to more than 17 per cent of the population, the EU has inoculated less than 3 per cent, sparking criticism of von der Leyen, including from her predecessor Jean-Claude Juncker.

“I understand the anger and the emotion. But I am convinced that the European vaccination strategy is the right one,” she said. “Things went faster than expected, which is good news: we didn’t expect to start vaccinating until spring. We are on the right path.”

“We’re only just starting. Yes, there are some issues at the start but you have to look at it like a marathon where we haven’t started the first sprint yet. I am confident we will get there.”

Her comments – which echo those of French President Emmanuel Macron last week – risk boosting the strong anti-vax movement on the continent, which is especially potent in countries like Italy and France.

The UK’s Medicines and Healthcare products Regulatory Agency (MHRA) approved the Pfizer/BioNTech vaccine for use on 2 December, and the Oxford/AstraZeneca jab on 30 December through an emergency approval method that was also available to EU member states.

Both vaccines were later approved by the European Medicines Agency – but only after Britain had started its rapid mass vaccination programme.

At the time of the approval, the MHRA said it had “rigorously assessed the data in the shortest time possible, without compromising the thoroughness of our review”.

The European Commission attracted widespread condemnation last week, after it was forced into a hasty U-turn over plans to introduce vaccine export controls on the Irish border – but von der Leyen blamed the row on an oversight.

“I know how sensitive the Irish subject is. But when you take urgent decisions — in this year of crisis, the commission has taken almost 900 — there is always a risk of missing something,” she said.

Juncker – her predecessor – has criticised the export plan, and hit out at the EU’s sluggish vaccination rollout. “We actually have not had good experiences with export restrictions in Europe,” he said on Monday, adding that the Brussels had been “too slow”.