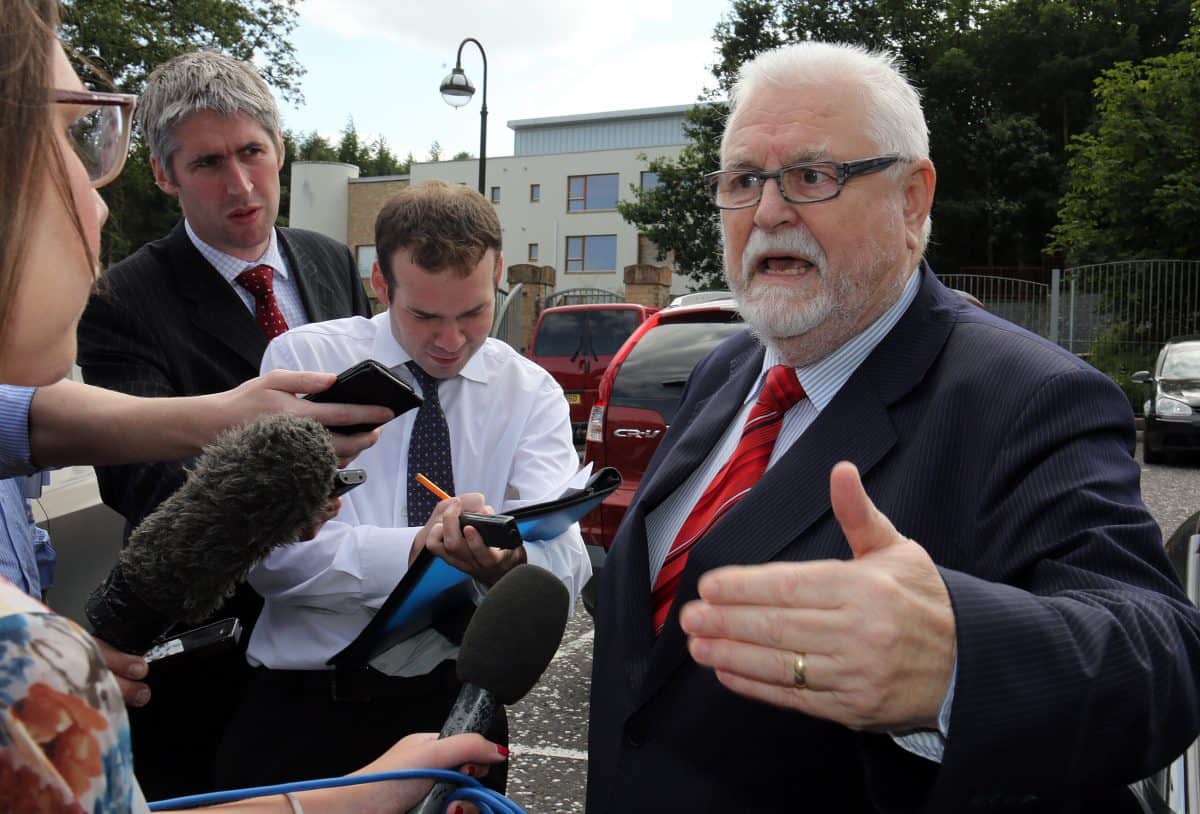 Lord Maginnis, speaking to the media outside Dungannon court house. The House of Lords peer has been convicted of assaulting a motorist in a road rage incident in Northern Ireland.

An Ulster unionist peer is facing an 18-month suspension from the House of Lords after an inquiry found he bullied three MPs and a security guard with homophobic language.

The House of Lords Conduct Committee recommended that 82-year-old independent peer Lord Maginnis should undergo behaviour change training, with his suspension likely to be extended further if he fails to engage with the course.

“His suspension should not end until that training is successfully completed and Lord Maginnis is able to demonstrate a clear understanding of how his behaviour impacts on other people in the parliamentary community,” the cross-party committee said.

The peer was investigated after being “verbally abusive” to security officer Christian Bombolo when asked to show his parliamentary pass in January.

Hannah Bardell, an SNP MP, attempted to intervene – but said she was treated “rudely and aggressively” by Lord Maginnis, who later used “homophobic and derogatory language about her” in media comments.

In audio released by HuffPost earlier this year, he was heard to say: “Queers like Ms Bardell don’t particularly annoy me.” Lord Maginnis was also investigated for using homophobic language in relation to Labour MP Luke Pollard in February 2020.

In the committee’s report, it said: “In his oral appeal Lord Maginnis showed very little insight into the impact of his behaviour on the complainants, and no remorse for the upset he had caused.

“To the contrary, he portrayed himself as a victim of a conspiracy by people who disapproved of his views and insisted that all his conduct had been provoked.

“He also continued to refer to the complainants in a disobliging and sometimes offensive manner.”

Reacting to the judgment, Bardell said: “I’m very glad that the authorities in the House of Lords have taken this matter so seriously.

“The extent of Lord Maginnis’s behaviour is now laid bair for all to read and my goodness is it a worrying and depressing read. That someone who is in a position of such power and influence and who is a lawmaker can think it appropriate to behave in such a manner is truly astonishing,” she added.