"We were featured on Simon Reeve's program and I made the film the day before my wife's funeral. That's what she would have wanted - we started the foodbank 11 years ago and I can guarantee you she would want me to carry on. She was my wife of 53 years." 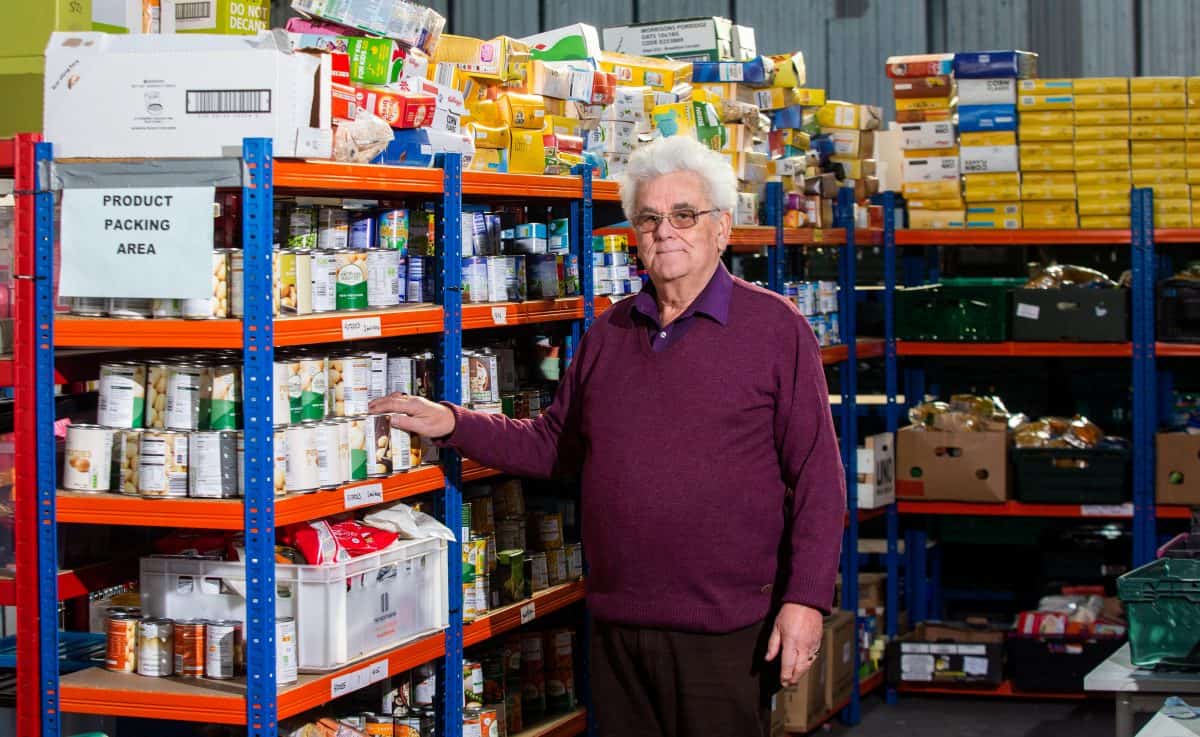 A popular foodbank left on the verge of bankruptcy by Covid now has enough donations to last two years – after starring in a Simon Reeve’s documentary.

Don Gardner, 75, founded the service with his wife, Jen, 11 years ago and continued running it after her death in August this year.

The Transformation Camborne, Pool and Redruth (CPR) foodbank initially served just 72 meals a month – but that number had rocketed up to an average of more than 15,000.

He estimates around 4-500 families rely on it and during the first lockdown it was donating 26,000 meals to those most in need each month.

But despite the popularity, it almost went bust after the coronavirus pandemic severely impacted operations and left organisers with enough money to last just a few weeks.

Don then featured in Simon Reeve’s BBC2 documentary on Cornwall and the donations came flooding in – and says they now they have enough money to operate for years to come.

“I suppose it was due to a difficulty in finding grants, our regular income went down, and we got hit with Covid and our food disappeared because no one was putting food in supermarkets bins because they were having home deliveries.

“We lost 95 per cent of our volunteers because they were over 75, we lost nearly all of our collection points where we would collect food, and we were struggling because we couldn’t go and buy. We had some money coming in, but we couldn’t buy the goods because supermarkets had limits on what you could take.

“We then got in touch with a catering company but the biggest problem was that was they were catering size packs – we were left with 2.5kg tins of tomatoes.

“We had to separate them and put them into smaller portions.”

When Don was due to go on Simon Reeve’s documentary, Transformation was at its lowest ebb.

But after featuring on the show, Don said he was inundated with messages from well-wishers, donations, and offers to help.

He added: “We were featured on Simon Reeve’s program and I made the film the day before my wife’s funeral. That’s what she would have wanted – we started the foodbank 11 years ago and I can guarantee you she would want me to carry on. She was my wife of 53 years.

“It was very difficult for me. But the next day I couldn’t believe it, I had 300 emails in the inbox of people offering to help and provide food, offering money to buy food, it’s just bloomed.

“We’re now in a financial position where we have money to last two years, and probably a bit longer. We’ve been able to up the hours of our staff, we had three part time staff but we’ve upped the hours now, and one of our managers will be going full time from April.

“During lockdown, we were averaging 26,000 meals a month – that’s up from 16,000 before. That put our expenses up, our monthly expense was now a weekly expense.

“The programme has made us really financially secure – it’s a massive change. Yesterday our van broke down, and we thought we had some money to buy a second hand one and a charity phoned me up and said they would be willing to buy me a brand new van.”