There are concerns in the EU that the UK had not yet fully complied with the terms of the earlier Brexit divorce deal and stressed that “vigilance” would be required in future. 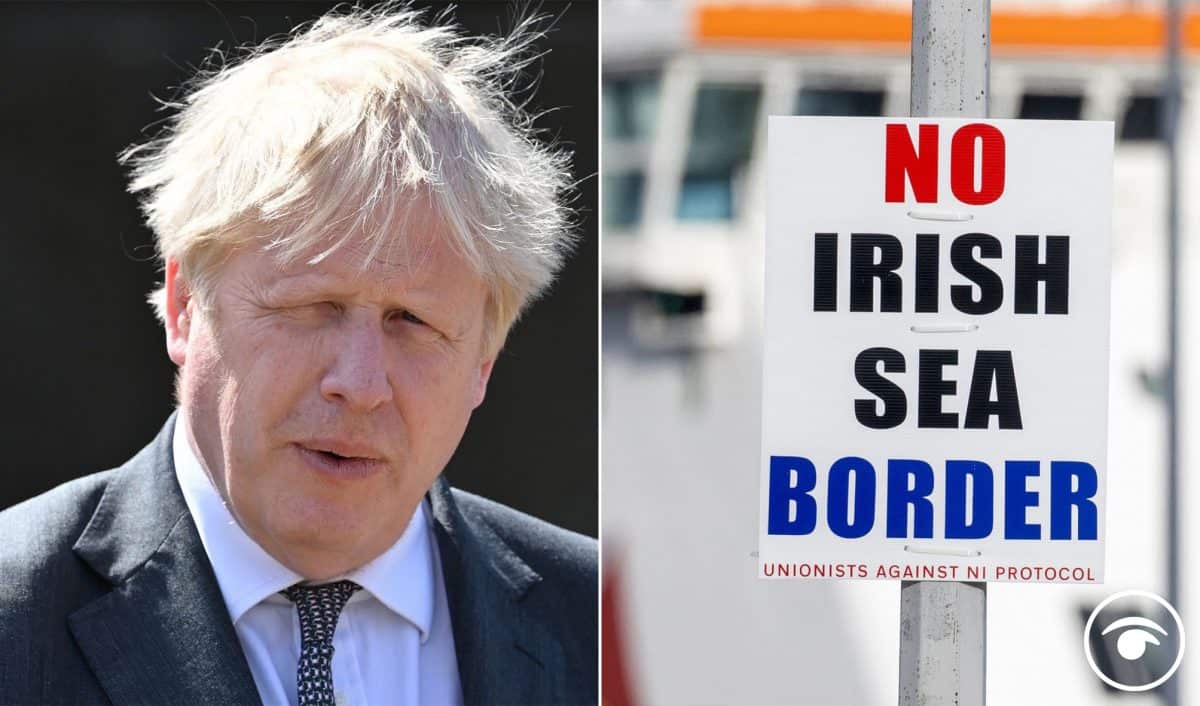 The EU’s top official warned that the Brexit trade deal has “real teeth” and Brussels will not hesitate to take action if Boris Johnson breaches its terms. The statement comes as it was reported that sales of milk and cream to EU have plunged 96 per cent due to Brexit.

Overall, the trade barriers erected in Johnson’s deal have cost exporters more than £1.1bn since the start of the year, The Food and Drink Federation says.

The Government has, so far, rejected industry pleas to reopen negotiations with the EU, other than to try to resolve the legal crisis surrounding the Northern Ireland Protocol.

“UK businesses continue to struggle with inconsistent and incorrect demands at EU borders, and small businesses have been hardest hit due to the collapse of groupage distribution into the EU.

“It is essential that the EU-UK partnership council and its trade specialised committees are convened to urgently address problems.”

Now European Commission president Ursula von der Leyen said she hoped the EU would not have to use the measures contained within the agreement.

But she noted the concerns in the EU that the UK had not yet fully complied with the terms of the earlier Brexit divorce deal and stressed that “vigilance” would be required in future.

Ms von der Leyen was addressing the European Parliament as MEPs prepared to vote on the Trade and Cooperation Agreement reached with Mr Johnson on Christmas Eve, which governs the way the UK and EU deal with each other.

The deal has been applied provisionally since January 1 but requires the approval of MEPs – who are not expected to oppose it – before it can be ratified.

Ms von der Leyen said: “We know it will not always be easy and there is a lot of vigilance, diligence and hard work ahead.

“But, while today’s vote is obviously an end, it is also the beginning of a new chapter.

“The choice is now whether today’s vote will be the high-water mark of the EU-UK relations for the next decades, or whether we see this as the foundation of a strong and close partnership based on our shared values and interests.

“Only history will tell what road is taken – although I hope for the latter.”

Relations between the UK and EU have been strained over the application of the Northern Ireland Protocol, which governs the post-Brexit arrangements aimed at preventing a hard border with Ireland and was part of the divorce deal signed in January 2020.

Much of the disruption and controversy created by the protocol relates to the fact that Great Britain has left the Single Market for goods, while Northern Ireland remains in the EU regulatory zone.

That necessitates a significant number of documentary checks and physical inspections on agri-food goods arriving into Northern Ireland from Great Britain.

The UK has unilaterally extended grace periods covering areas of the economy including supermarket supplies and parcel deliveries to Northern Ireland from Great Britain, meaning post-Brexit checks are not yet fully applied – which has triggered a legal dispute with Brussels.

Ms von der Leyen said there was a need for “joint solutions” as “unilateral decisions will get us nowhere”.

She said there had been “some progress” in talks between commission vice-president Maros Sefcovic and the UK’s Brexit Minister Lord Frost.

“In recent days and weeks, we have seen a new, constructive dynamic and we will continue to work closely with the UK to find constructive solutions that respect what was agreed,” she told MEPs

“The next step is to mutually agree on compliance paths, with concrete deadlines and milestones.”

She added: “We need solutions, not soundbites, if we are to make the protocol work for the benefit of everyone in Northern Ireland.”

Michel Barnier, who led the EU’s negotiations with the UK, said Brexit was a sign of political failure for the bloc.

“This is a divorce. It’s a warning, Brexit, and it’s a failure – a failure of the European Union,” he said.

“And we have to learn lessons from it as politicians here in the European Parliament, in council, in the Commission, in all of the capitals.

“Why did 52% of the British vote against Europe? There are reasons for that – social anger and tension which existed in many regions in the UK but also in many regions of the EU.

“Our duty is to listen and understand the feelings of the people.”