"Am I right in thinking that means that descendants of slaves are paying compensation to slave owners?" 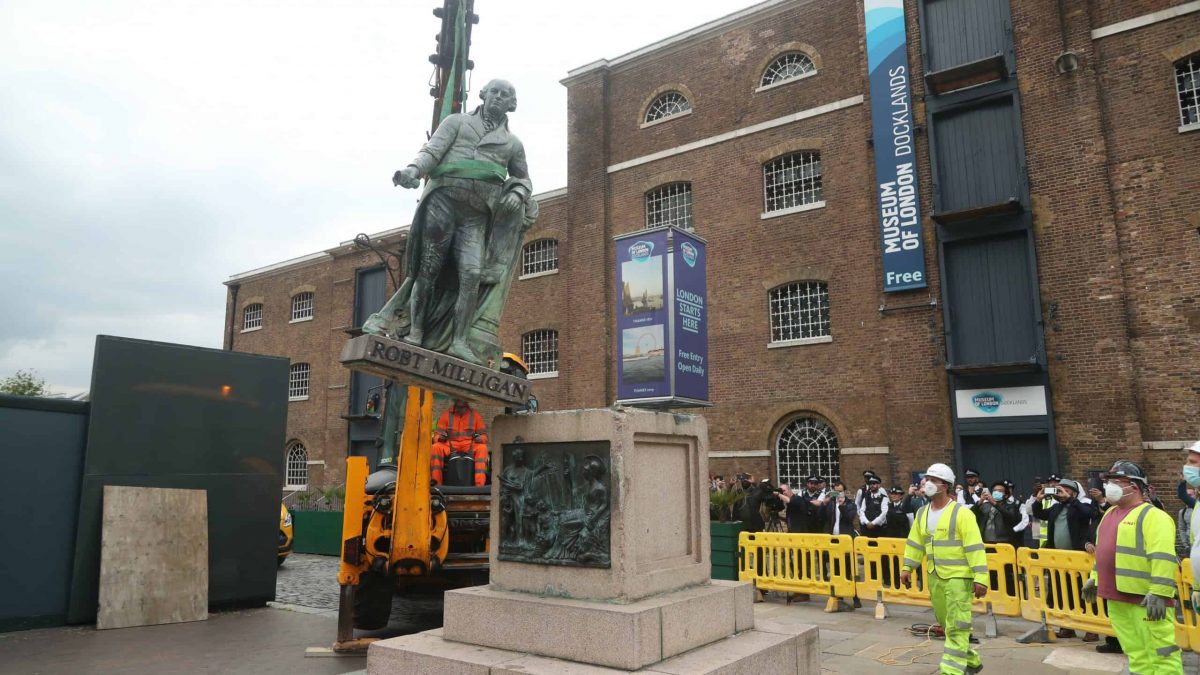 Revelations that UK taxpayers have been paying compensation to slave traders up until 2015 has caused outrage on social media following the Black Lives Matter protests.

The government pledged £20 million in 1833 in order to reimburse the owners of slaves when slavery was abolished in Britain.

The sum, while big now, was monstrous in 1833, and it took the British taxpayer 182 years to pay off.

The information was revealed by the Treasury after a freedom of Information request from the Bristol Post.

The city – once known as the ‘slave capital’ of Britain – has become the focus of protests after a statue of Edward Colston was toppled.

The bronze memorial to the slave trader, situated in the city centre since 1895, was torn down after crowds left College Green as part of a Black Lives Matter demonstration.

It had been the subject of an 11,000-strong petition to have it removed.

Images showed crowds rushing to stamp on the statue, which stood in Colston Avenue, before it was rolled along the road and pushed into the harbour.

THEY ARE TAKING THE STATUE TO THE RIVER WHERE HE DESERVES TO BE DUMPED pic.twitter.com/cKturaJOEs