The clip has resurfaced as the Government has been urged to act amid warnings of ‘intolerable’ NHS pressures. 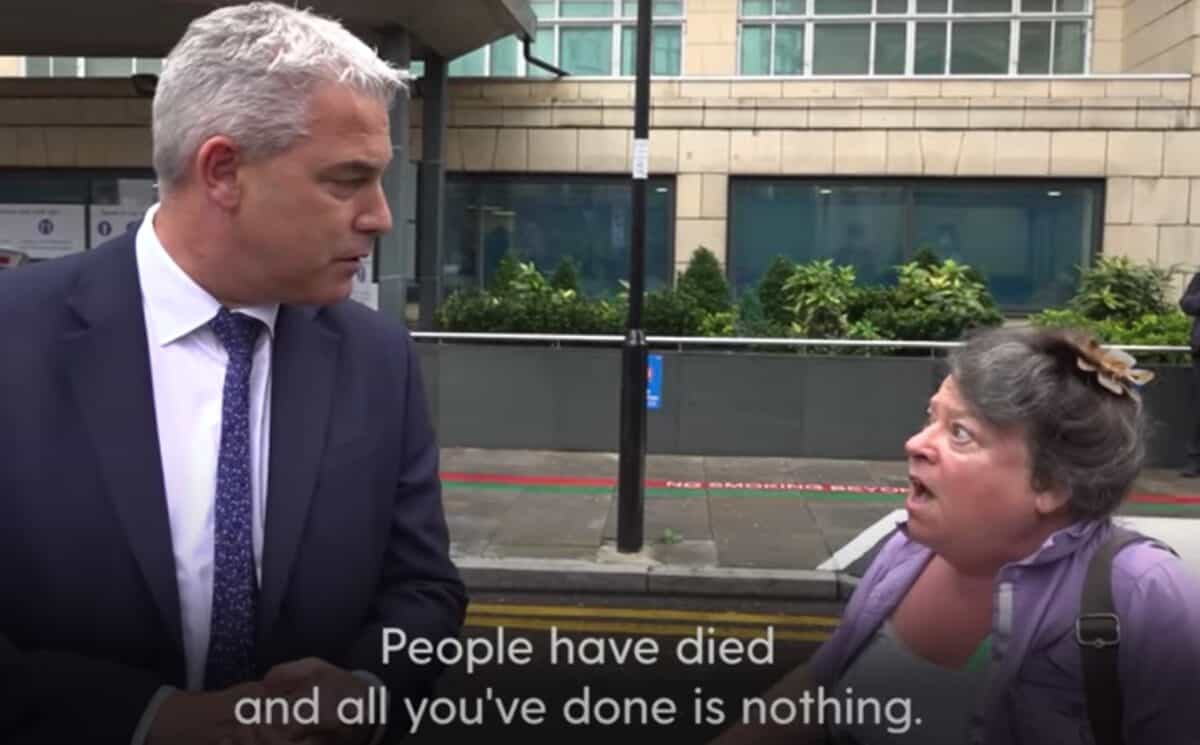 Footage of Steve Barclay being interrupted by an angry member of the public has resurfaced as the NHS teeters on the brink.

The Government is being warned that pressure on the NHS shows little sign of relenting, as ministers come under increasing pressure to respond to the crisis.

Top medics described the current situation as “unbearable” and “intolerable”, as both the Prime Minister and the Health Secretary faced calls to address to growing concerns about the state of emergency care in the NHS.

More than a dozen NHS trusts and ambulance services declared critical incidents over the festive period, with officials citing rising flu cases and the impact of the Covid-19 pandemic among the factors hitting the health service.

With the health secretary nowhere to be seen, a clip of an angry woman interrupting a press interview in August last year has resurfaced.

Has she got the right idea?