Tory ministers spent most of last summer telling footballers to stick to football after they staged anti-racism protests. Has the party changed its mind? 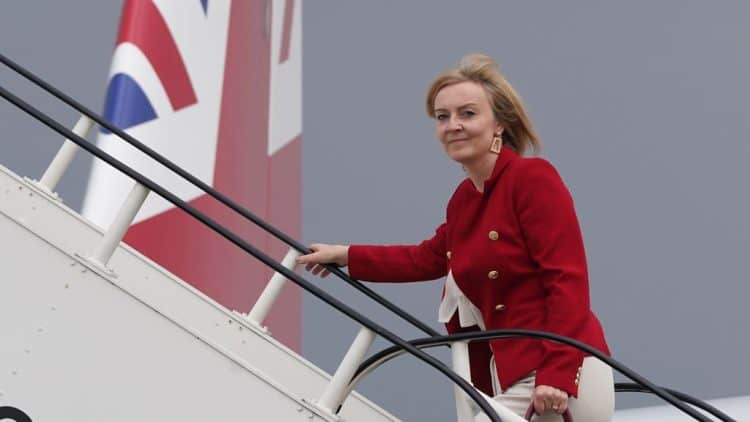 Liz Truss has called on English football clubs to boycott the Champions League final in St Petersburg – should they qualify – because of the escalating crisis between Russia and Ukraine.

And with European football’s set piece event taking place in Russia in May, Uefa is now in talks over potentially switching the venue elsewhere.

“I think it is wrong at this stage with what Russia is doing internationally to have the final there,” Truss said.

Asked if English clubs should boycott the game, she added: “That’s a matter for the team but if I was a player, which is a very unlikely eventuality, I certainly wouldn’t want to be part of that.”

But her comments sparked an instant backlash from the world of football and beyond, with Gary Neville leading criticism on Twitter.

“Maybe concentrate on the illicit funding your party has been receiving from Russians rather than English teams participating in football matches,” he wrote.

Here’s a host of other angry responses to the foreign secretary’s statement.