Sir Lindsay Hoyle said he will take it down as "bad management or incompetence". 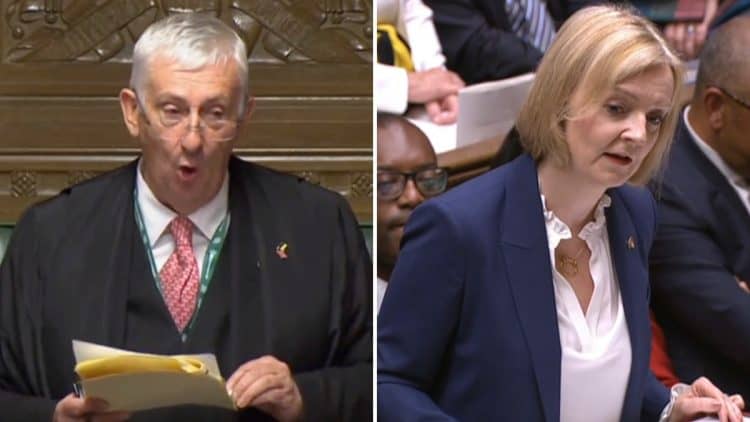 Speaker Sir Lindsay Hoyle was less than impressed by Liz Truss as the newly-appointed prime minister prepared to set out her energy price plan in the House of Commons.

Truss announced that energy bills for the average household will be frozen at no more than £2,500 and businesses will be spared crippling increases in order to shield Britons from the global gas crisis.

The PM’s two-year plan will save the average household around £1,000 from October and protect billpayers from further expected rises over the coming months.

For businesses and other non-domestic users such as schools and hospitals, which have not been covered by the existing price cap, a six-month scheme will offer equivalent support.

After that there will be ongoing support for the most vulnerable industries, with a review in three months’ time to decide where the help should be targeted.

But the announcement got off to a tricky start when Sir Lindsay gave her a rap on the knuckles for being “discourteous to the House”.