Suella Braverman has been urged to chart a different course to her predecessor - one focused on human rights, justice, hope and compassion. 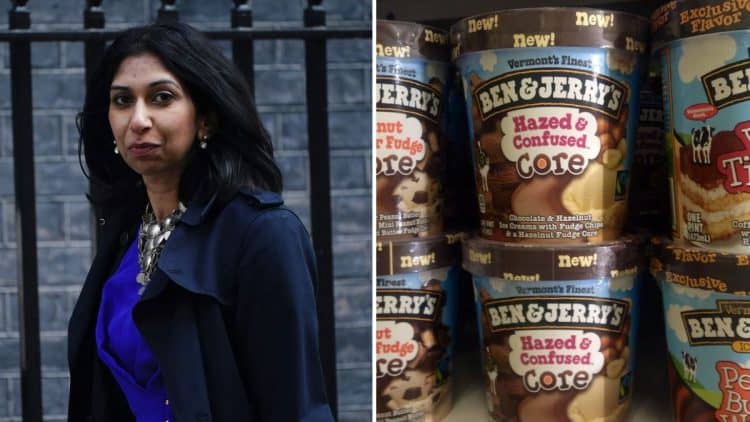 Ice cream brand Ben & Jerry’s sent a pointed message to Suella Braverman after she was appointed home secretary on Tuesday.

The former Attorney General took over from Priti Patel after she resigned before the Cabinet reshuffle took place, insisting it was her “choice” to continue her public service from the backbenches.

Braverman, a barrister, has previously claimed the courts should stay out of politics and criticised the civil service for being too “woke”.

She also reportedly lashed out earlier this year at the decision by the Government Legal Department to go on “divisive” diversity training at the taxpayers’ expense.

He added: “It’s time to abandon the cruelty and dysfunction of the current asylum policy, to ensure people are at liberty to protest peacefully, and to institute major reforms in policing” and repeated calls to scrap plans to send migrants to Rwanda.”

Hogarth’s words were backed up by Ben & Jerry’s, who tweeted a hilarious to-do list to Braverman following her appointment.

How many of these do you think she’ll tick off?