The president’s lawyers filed a lawsuit alleging voting irregularities in Michigan to the United States Court of Claims. 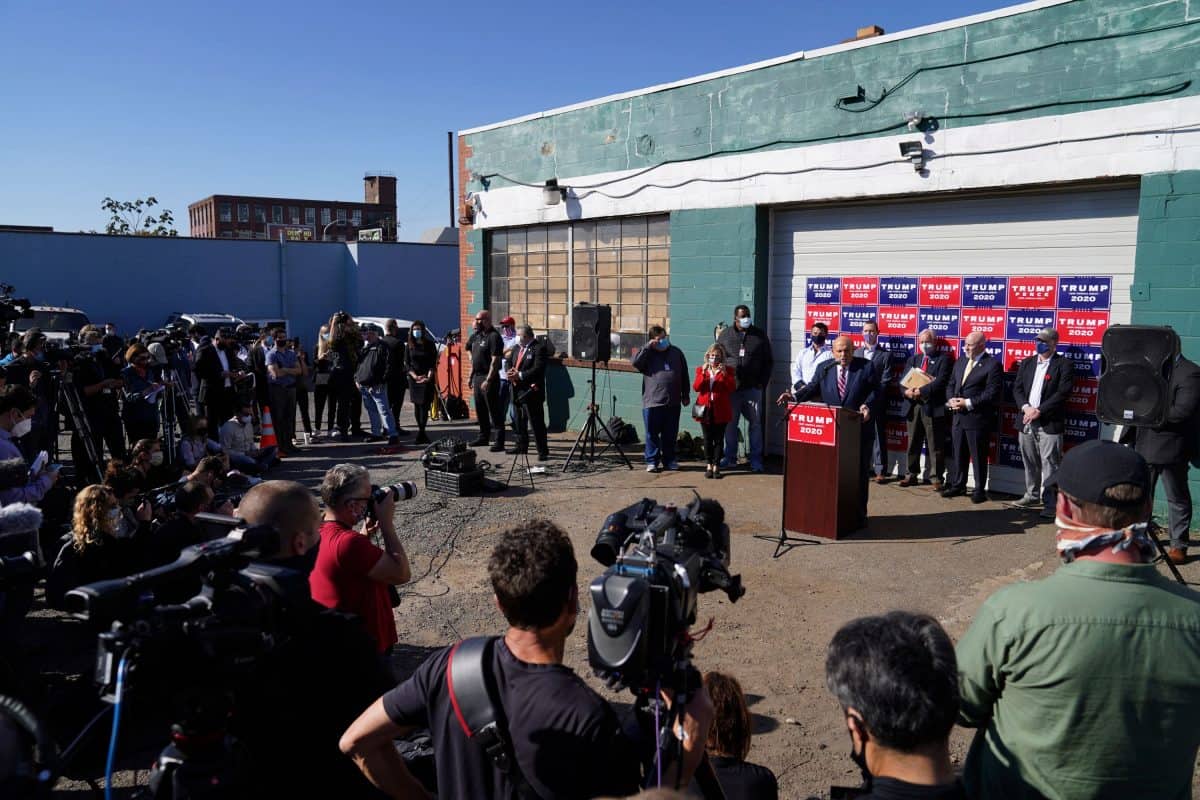 Donald Trump’s legal team – tasked with proving his baseless claims of election fraud – has field a lawsuit at the wrong court.

The president is still refusing to concede the race to Joe Biden, stymying the incoming administration’s attempts to put together a smooth transition.

Trump continues to tweet groundless assertions that the election was “rigged” and “stolen” by Democrats – despite world leaders and a growing number of Republicans accepting that Biden is the president-elect.

Now the calamitous campaign’s attempts to overturn the election have taken another twist, hot on the heels of their decision to hit a now-infamous press conference in the car park of Four Seasons Total Landscaping on the outskirts of Philadelphia.

The president’s lawyers filed a lawsuit alleging voting irregularities in Michigan to the United States Court of Claims, which has no power to resolve electoral issues, apparently by mistake. The court is more accustomed to dealing with issues like tax rebates and pay disputes.

A court order released on Thursday night in response to the suit said: “The complaint is captioned as though it were filed in the United States District Court for the Western District of Michigan. Instead, however, it was filed with this Court, presumably by accident.”

The court reportedly passed the order to the Western District of Michigan – where the Trump campaign had reportedly already filed a suit.

Meanwhile, even Pope Francis has determined the race to be run. Biden – a lifelong Roman Catholic – spoke to the pontiff on Thursday, his transition team said.

Officials released a statement thanking Francis for “extending blessings and congratulations”, adding that the president-elect saluted his “leadership in promoting peace, reconciliation and the common bonds of humanity around the world”.

Biden is just the second Catholic to be elected president in US history, following in the footsteps of John F Kennedy. He has spoken openly about his faith, and regularly attends mass near his home in Wilmington, Delaware.

In its statement, the Biden transition team said the president-elect told the pontiff he would like to work together to further “a shared belief in the dignity and equality of all humankind on issues such as caring for the marginalised and the poor, addressing the crisis of climate change, and welcoming and integrating immigrants”.

Despite his faith, 50 per cent of Catholic voters are thought to have backed Trump in the election, according to a recent survey.