“You’re in direct violation of being a jackass!” 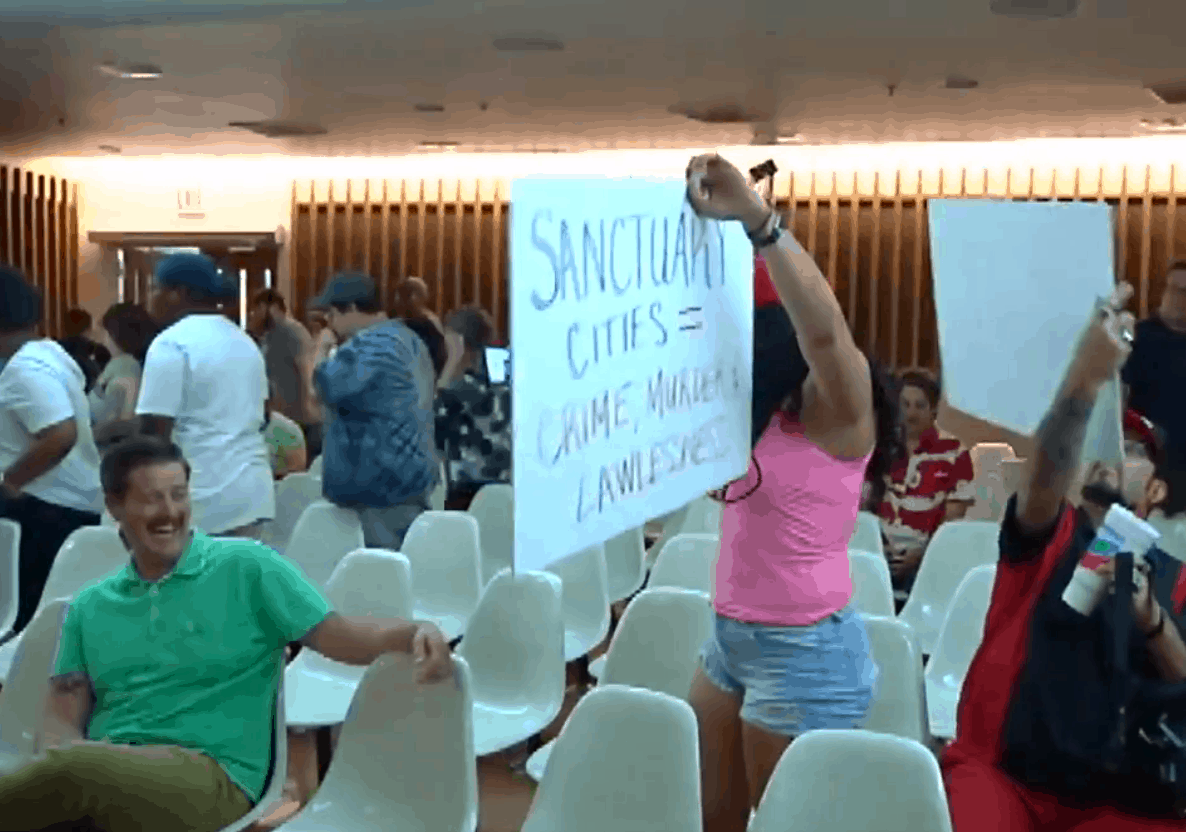 A Donald Trump fan sporting a MAGA hat was laughed out of a Tucson City Council meeting for protesting a ballot initiative that would enact “sanctuary” policies in the city.

The council was considering an initiative that would make Tucson in Arizona the first “sanctuary city”, which would limit their cooperation with the national government’s effort to enforce immigration law.

A hilarious video clip of two Trump protestors has since gone viral.

She continues shouting: “Respect our laws! You’re in direct violation of the oath you took the United States Constitution!”

To which one unseen member of the audience replies: “You’re in direct violation of being a jackass!”

A guy in a green shirt has also become somewhat of an internet sensation after becoming so convulsed with laughter that he could barely contain himself.

He was later identified as an activist and comedian named Alex Kack, who told Mashable he was laughing at “just how absurd it really all was.”

“Who has the time in their day to come into a public space just to spread hatred and negativity? Like honestly what happened that made them so ridiculous and hateful?” Kack said.

Scene inside a Tucson City Council Meeting. Officials voted to put a “Sanctuary City” measure on the November ballot pic.twitter.com/mEh4PNj0Wo