Trump told to stop being a baby and stand up to the NRA. 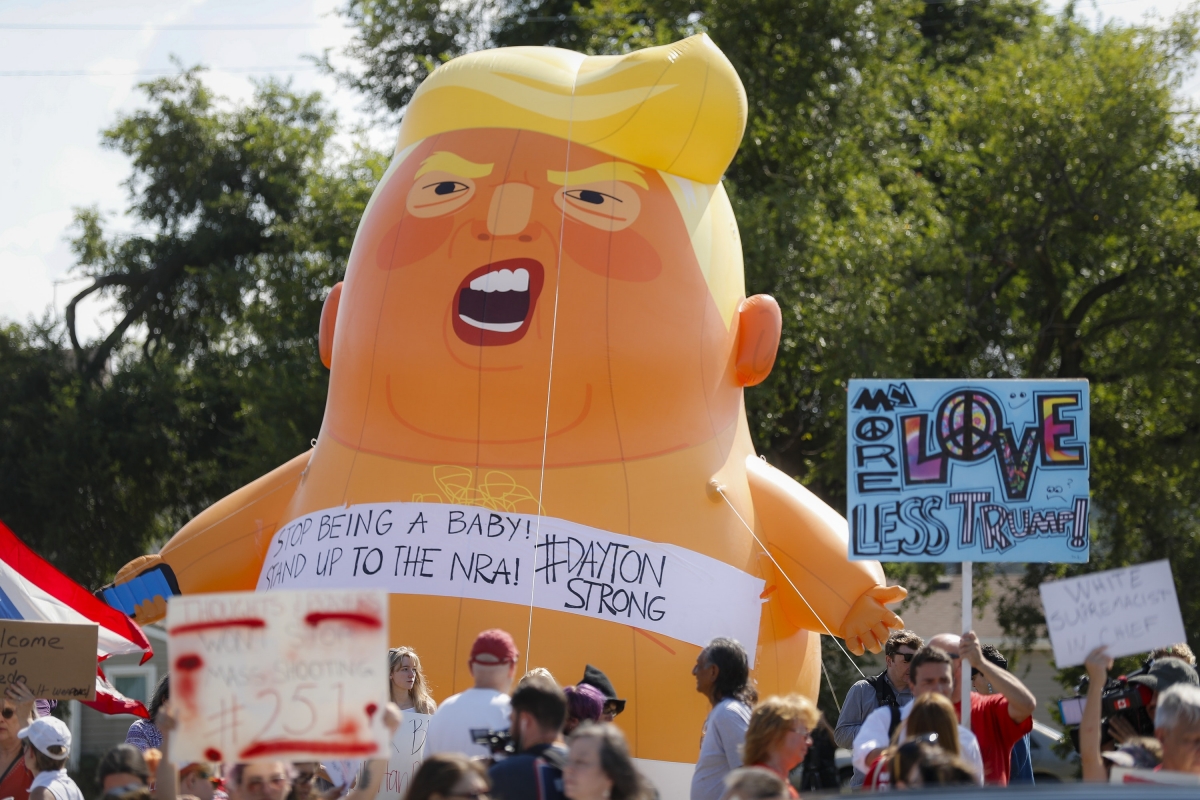 Donald Trump has been told to stop being a baby and stand up to the NRA as he visited cities hit by mass shootings.

The US President defended his rhetoric as he headed out to offer a message of healing and unity in El Paso and Dayton, where faces hostility from people who fault his own incendiary words as contributing to last weekend’s mass shootings.

The mayors of both cities were calling for the president to change the way he talks about immigrants.

Multiple protests are planned, and Democratic presidential candidates continued to criticise him, including Beto O’Rourke, who will address a counter-rally in his home town of El Paso during the president’s visit.

As he left the White House, Mr Trump defended his rhetoric while strongly criticising those who say he bears some responsibility for the nation’s divisions, returning to political arguing even as he called for unity.

“My critics are political people,” Mr Trump said, noting the apparent political leanings of the gunman in the Dayton killings and suggesting the man was supportive of Democrats.

“Meanwhile, the Dayton, Ohio, shooter had a history of supporting political figures like Bernie Sanders, Elizabeth Warren, and ANTIFA.” @OANN I hope other news outlets will report this as opposed to Fake News. Thank you!

“Had nothing to do with President Trump,” he said. “So these are people that are looking for political gain.”

He also denied his rhetoric had anything to do with the violence, claiming instead that he “brings people together. Our country is doing incredibly well”.

Mr Trump travelled first to Ohio, before heading to Texas.

White House officials have said the visits will be similar to those he has paid to grieving communities in the past, with the Republican president and the first lady saluting first responders and spending time with mourning families and survivors.

“We’ll be meeting with first responders, law enforcement and some of the victims and paying my respects and regards,” Mr Trump said on Wednesday morning.

“It’s a terrific opportunity, really, to congratulate some of the police and law enforcement. The job they’ve done was incredible. Really incredible.”

“We can do something impactful to prevent this from ever happening again, if we come together,” the spokesman said.

Mr Trump insisted that Congress was making progress on possible new gun legislation. He said he has had “plenty of talks” with legislators in recent days and there is “a great appetite, and I mean a very strong appetite, for background checks”.