"Nadine wiping a tear from her cheek in the corner as she starts the third bottle of sav blanc", one person said. 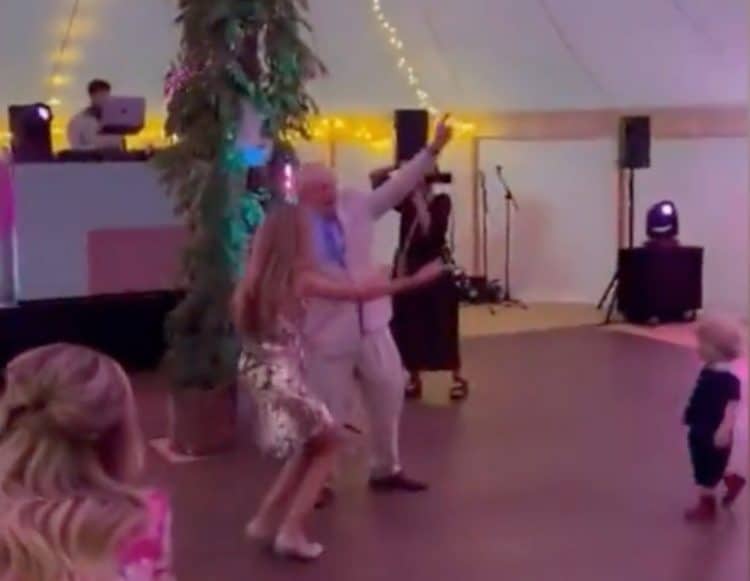 Cringeworthy footage of Boris and Carrie Johnson’s first dance has been leaked on social media.

The video, obtained by political blog Guido Fawkes, shows Boris Johnson dressed in a pale suit awkwardly flailing his limbs beside his current wife Carrie at their party – held a year on from their nuptials because of the pandemic – at the country estate of a major Tory donor.

They dance to Sweet Caroline, which became the unofficial anthem of the England football team after their Euro 2020 heroics.

Around 150 close friends and family watched as the couple boogied to the Neil Diamond classic at their belated wedding bash.

According to reports, she had rented it for just £25 from Wardrobe HQ to bolster her eco credentials.

People have been quick to react as the video went viral on social media.

Here’s a pick of what was said: