It has prompted concerns about the impact of climate change. 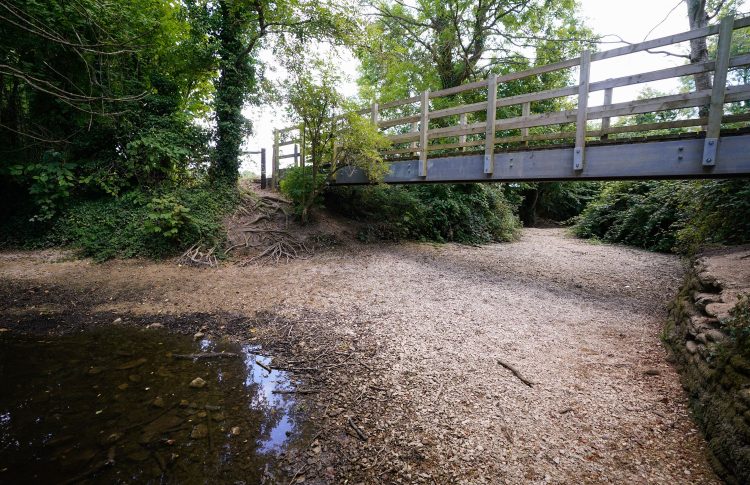 The source of the River Thames has moved five miles downstream for the first time in its history.

While parts of the riverbed in Gloucestershire regularly dry out during the summer, experts said it was a worrying sign of the impact of the climate crisis to see the Thames begin flowing so far downstream.

It comes after weeks of dry spells, and temperatures reaching in excess of 40C in parts of the UK last month.

Christine Colvin, advocacy and engagement director of the Rivers Trust, said: “What we’re seeing at the source of the iconic River Thames is sadly emblematic of the situation we’re facing across the country, now and in future.

“Whilst it’s not uncommon for the source to be dry in the summer, to only be seeing the river flowing five miles downstream is unprecedented.

“The climate crisis is leading, and will lead, to more extreme weather including droughts and heatwaves.

“This poses a grave threat to rivers and, as a result, the wider landscape.”

The Rivers Trust is calling for accelerated metering, rapid reduction in leakage, support for households to reduce water usage, such as installing low flow toilets and water butts, and sustainable drainage including rain gardens, wetlands and permeable paving to build up local stores of water underground.

The source of the Thames has moved east from Kemble, just south of Cirencester, to beyond Somerford Keynes.

He said: “I notice it because I regularly walk the Thames path and my dog likes going for a dip which, obviously, she can’t do when it’s dry.”

The River Thames is traditionally about 215 miles long, and travels east from the Cotswolds through to London and out into the North Sea.

It is the second longest river in the UK, after the Severn, and is used for the annual boat race between Oxford and Cambridge.