A Lib Dem peer said the House of Lords must strengthen its code of conduct after no action was taken against Mone. 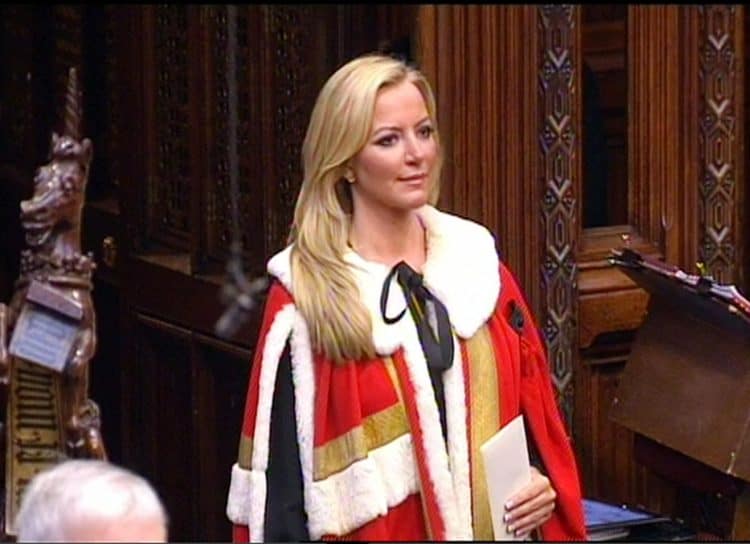 A Liberal Democrat peer has called on the House of Lords to strengthen its conduct rules after no action was taken against a Conservative peer who allegedly sent a racist message to a man of Indian heritage.

Lord Strasburger said Michelle Mone should resign after it emerged that she told a man, Richard Lyonton-Jones, that he was “a waste of a man’s white skin” during a disagreement following a fatal yacht crash off Monaco in 2019.

In the weeks after the crash, in which a crew member died, Mone accused Lynton-Jones and his partner of parting soon after the incident, and questioned whether Lyonton Jones’s partner had suffered trauma.

Lynton-Jones messaged Mone, saying: “I would prefer you back the fuck off.” According to the complaint, Mone then replied:

“You & your mental loony of a girlfriend have been parting [sic] like mad! … Your [sic] a low life, a waste of a mans [sic] white skin so don’t give us your lies. Your [sic] a total disgrace.”

She added: “Now you deal with the police enquiries including your nut case bird.”

Lynton-Jones responded: “A waste of a white mans skin? Did not know you were racist, Michelle.”

Speaking to the Guardian, he said: “I find it appalling that the House of Lords can be put on notice and sent a complaint, with evidence of a racist message by a member, yet do nothing at all, and leave her in position as a lawmaker of the country, without even an investigation.

“It feels like it has just been brushed under the carpet.”

Contacted by the newspaper earlier this week, a representative of the Tory peer – a career banker – said: “Baroness Mone is 100% not a racist. Baroness Mone and her husband have built over 15 schools in Africa in the past three years.”

Strasburger said: “There is something seriously wrong with the Lords code of conduct if it prevents the commissioner for standards from investigating alleged bad behaviour by a peer outside their parliamentary duties. On that basis a lord could prove themselves to be a completely unfit person to make the laws of the land but suffer no consequences because their misbehaviour was outside parliament. That can’t be right and needs to be fixed.

“Baroness Mone says her comments were not racist but I’d like to know what other interpretation she can come up with for referring to the colour of Mr Lynton-Jones’s skin during an argument.

“This has been a very ugly and unseemly sequence of events. Baroness Mone could do well to consider her position and perhaps bow out with as much grace as she can muster.”